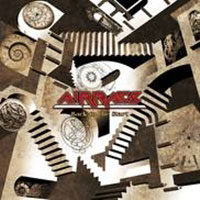 AIRRACE – Back To The Start

If it takes a 25 year anniversary re-issue of a debut album to reunite British AOR/melodic rock band Airrace, then I’m all for it. Many may remember “Shaft Of Light” for John Bonham’s son Jason Bonham playing drums for this band, but others should remember the rave reviews due to vocalist Keith Murrell’s smooth and powerful melodies. Fading away as quickly as they hit the scene due to label turmoil and lack of proper care, a Firefest festival appearance in October 2009 set the stage for this follow up studio recording.

“Back To The Start” sounds like a second record that could have appeared timeless be it 1987 or 2011. “Call Me Anytime” has that “Hold The Line” sweeping keyboard/ drum groove and once again Keith shines bringing home the drama and high parts through the chorus. “Keep On Going” opens the album with that comforting, happy positive riff a la Steve Perry-era Journey, pulsating with multi-part harmonies vocally and sure to be a set list favorite for years to come. “Two Of A Kind” again has breakout potential, outclassing Foreigner during their late 70’s/early 80’s heydays as lead guitarist Laurie Mansworth fires off some tasty licks.

I believe that the sextet took more of an open-minded approach with this album- letting loose with some electric energy when necessary on a song like “Long Way Out” which is much more hard rocking and gives drummer Simon Dawson a chance to really push his skills to the front. The star of the show remains Keith Murrell- front to back the man has one of those voices you could hear doing voiceovers or singing for any of the best AOR bands in the business.

The first half of the album has the stellar songs, the second half isn’t bad but some of the material just doesn’t have the catchiness factor necessary in AOR/melodic rock. Nonetheless, Airrace are hopefully sticking around longer this time, as “Back To The Start” is good time rock ‘n roll with unbelievable melodies.