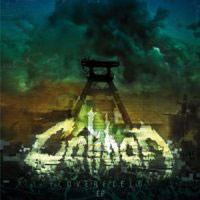 When a release consist solely of cover songs it should preferably be a full album. When there is no original material to begin with, I feel kind of cheated when just getting an EP. Full albums of regurgitated material should come at reduced price anyway.

Releasing cover albums is a nice way of paying homage to your heroes, and in many instances they make decent albums. Metallica’s Garage Inc., Six Feet Under’s Graveyard Classics and Yngwie Malmsteen’s Inspiration are all albums which have given me much enjoyment over the years. Still, more often such albums turn out to be disappointing. For it to work, the bands really have to own the songs and play them convincingly thereafter.

Caliban comes out of it with head above water… barely. I find the At The Gates cover to work best. The three remaining songs are amusing, but none of them appear to be very suited for Caliban and their musical expression. Being a fan of Type O Negative, I can’t condone of My Girlfriends Girlfriend either. The cover is but a pale reflection of the original. I get chills, and not in a good way. A release like this should be carefully planned, the right songs for the band should be selected, and it should be a full album.