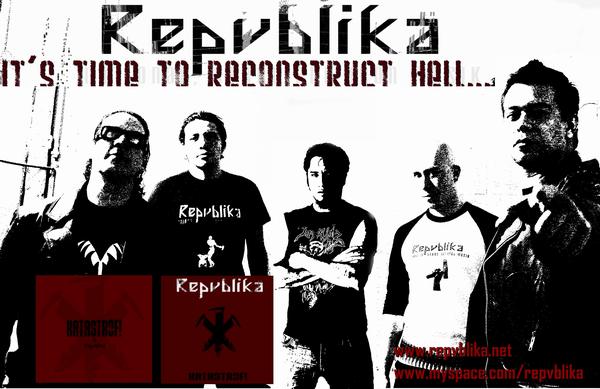 REPVBLIKA, one of the most promising Extreme Metal bands to emerge from Mexico, will enter the studios at the end of June to record three new songs for inclusion on the forthcoming "Katastrof" album.

The decision to record additional material was taken after the band recently saw its fan base growing significantly, and decided that it would be more appropriate to release a full length album.

The band also plans to start shooting a new video for "Ignition" during July, and in the meantime has uploaded a promo video onto the official REPVBLIKA MySpace page and made three tracks available for free download at www.myspace.com/repvblika