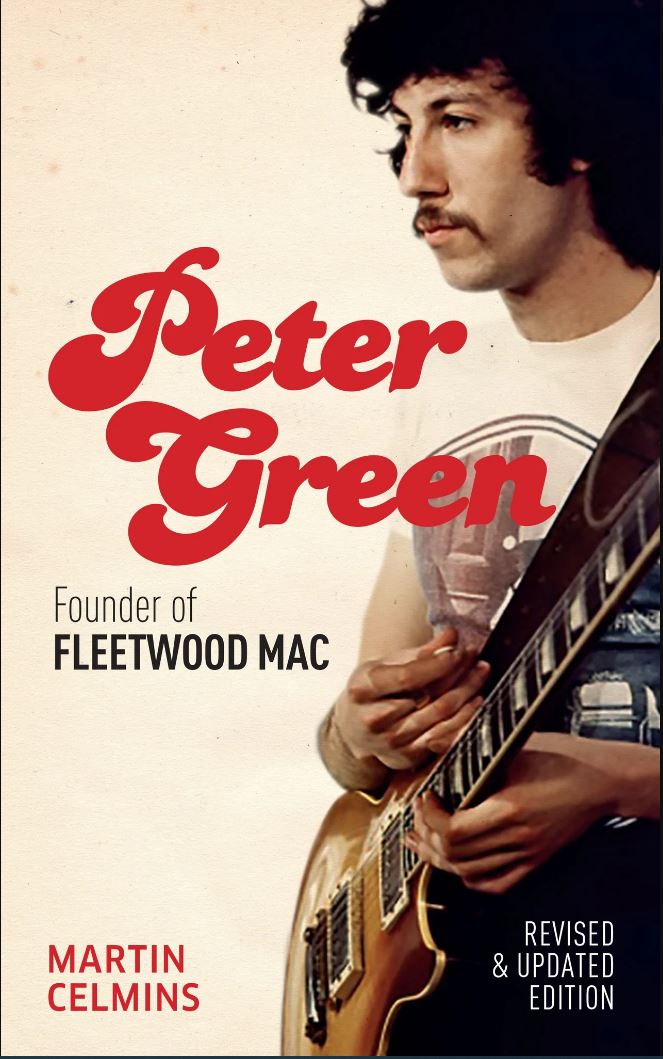 This updated and revised classic on the wildly gifted and enigmatic founder of Fleetwood Mac, more specifically blues legend Peter Green, is an illuminating study of a musical icon and an extraordinarily complex human being that perpetually seemed to shun fame and fortune. Written by Martin Celmins who was a close friend and associate of Peter, the book expertly guides us through the life and troubled times of the pioneering guitarist and weaves an interesting and thought-provoking narrative together that illustrates and reflects on the things that shaped the tortured musical genius. From his upbringing and musical awakening and further on to his artistic rise, fall, and then resurgence, the author paints a fascinating portrait of a profoundly gifted and creative soul that constantly struggled to fully realize and bring his vast ideas to life. Green’s work with John Mayall and the Bluesbreakers, Fleetwood Mac, and the Splinter Group is explored and discussed in detail throughout without it ever becoming tedious or exhausting, and the numerous guest appearances and solo outputs are touched on too. However, the chapters chronicling the birth and early days of Fleetwood Mac and Peter’s subsequent exit from the group are particularly noteworthy as are the thoughts on how Green’s Jewish heritage and childhood seeped into his many musical endeavors and style of playing. Those haunting, mournful tones of his came from deep within, and as Celmins often reminds us, Green was totally unique in every sense of the word. One only needs to spin the records for proof.

Another high point of this clear and concise biography is that it does a fantastic job at debunking and contesting all the myths, rumors, and hearsay that cloud the name and legacy of Peter Green. Nothing is glossed over with respect to the mental illness, the use of LSD, the incident in Munich, and the many long years that Green was suffering, but Celmins’ approach to telling the story thankfully never resembles anything sensationalistic or melodramatic. It reads and feels honest and sincere.

Peter Green: Founder of Fleetwood Mac is neither a riveting read nor a page-turner but rather a slow-burning delight and a focused, informative portrayal of a compassionate artist that struggled to belong in the world and desperately tried to find peace on his own terms. So many thoughts, ideas, joys, and sorrows must have wrestled within the sadly missed legend. This book may well offer the best glimpse of who exactly this impenetrable mystery was. Blues aficionados and fans of late 60s British rock ought to get their hands on this one asap as there is plenty to savor here.

ARDOURS – Anatomy of a Moment