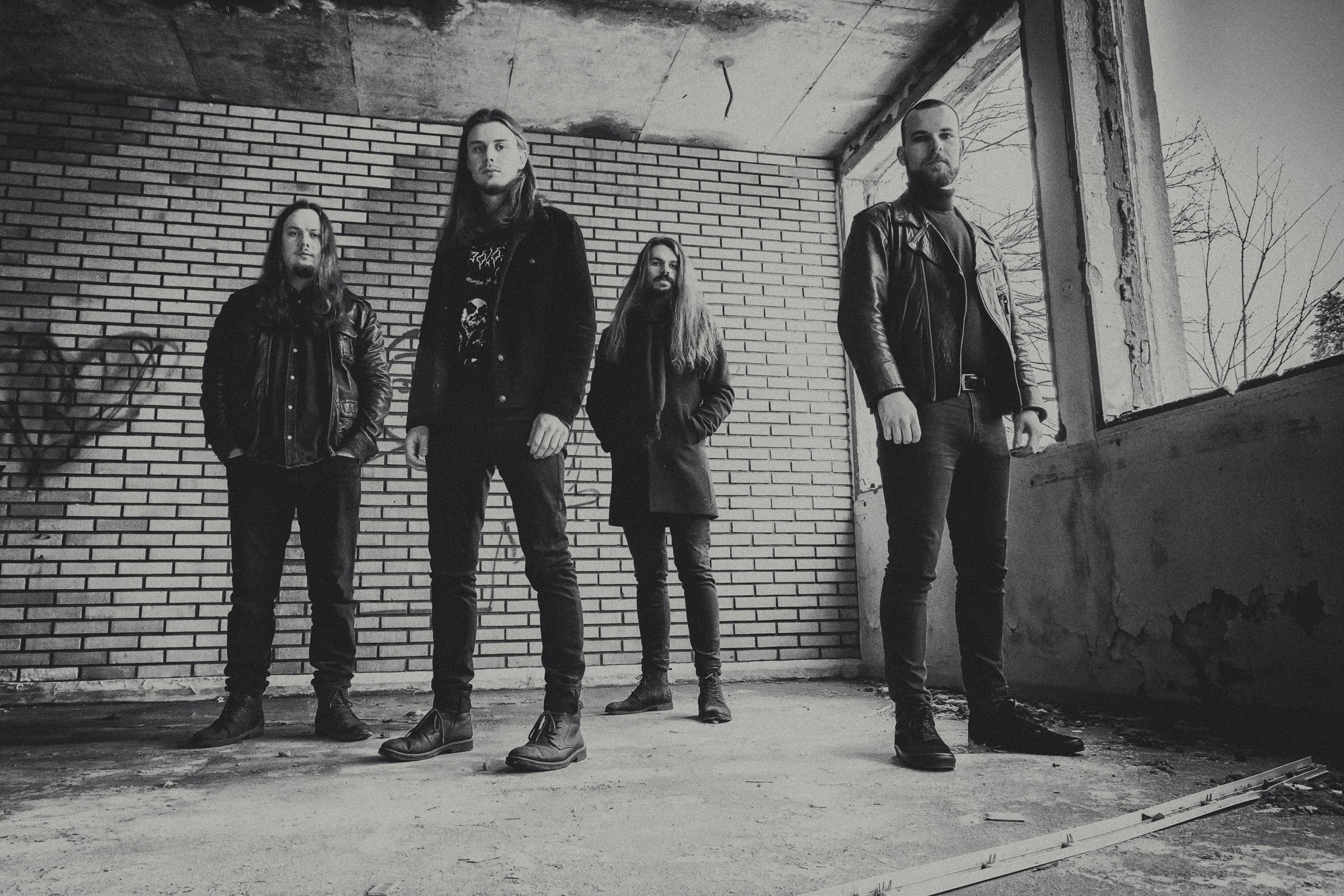 The lyrics of Derealization is all about “Descartesian existentialism” on a superficial level;
“I think, therefore I am”.
How can one know that what one sees, hears, smells, and feels has roots in absolute reality, when our senses can be deceived?
The only thing you can really prove is that you exist because of your consciousness.

Musically, the track draws towards the well-known thrash image Vorbid is known for, but also brings strong elements from prog rock with a powerful melodic chorus.

The band states;
“In Derealization the track’s character finds himself stuck on repeat.
He’s lived through these events before.
Is this a form of catatonic sleep or self-inflicted psychosis?
In his anguished desperation, the character tries to put together the pieces of the puzzle that is his own reality.”

Proving, yet again, how uncompromising, and confident Vorbid are when it comes to music and artistic freedom.

Vorbid is a young, raw, and incredibly energetic metal band from Arendal, Norway.

The band stunned both fans and critics with their unique take on progressive metal infused with elements from thrash and melodic death metal.

The band was founded in 2013 while the members were still in their teens and has since had rapid and intense growth into a band with their own unique style of metal where Vorbid combine the riffs and the intensity from the thrash genre with the techniques and melodies from the progressive rock genre.

Vorbid have won multiple contests, like 4th place in GBOB world finale (Global Battle of the Bands), Massive destruction, Rytmisk Fabrikk and the Norwegian finals in the Wacken Metal Battle as well as Bloodstock’s Metal 2 the Masses.

Both of the band’s previous releases, a self-titled EP from 2016, and their debut album Mind from 2018, received amazing reviews and got extensive media coverage. Landing them tours with Norwegian underground heavy weights such as Aura Noir, Obliteration and Einherjer.

In 2022 the Vorbid have returned with even more technically challenging and intriguing music, stepping up the game and proving themselves worthy of a place at the prog metal table.