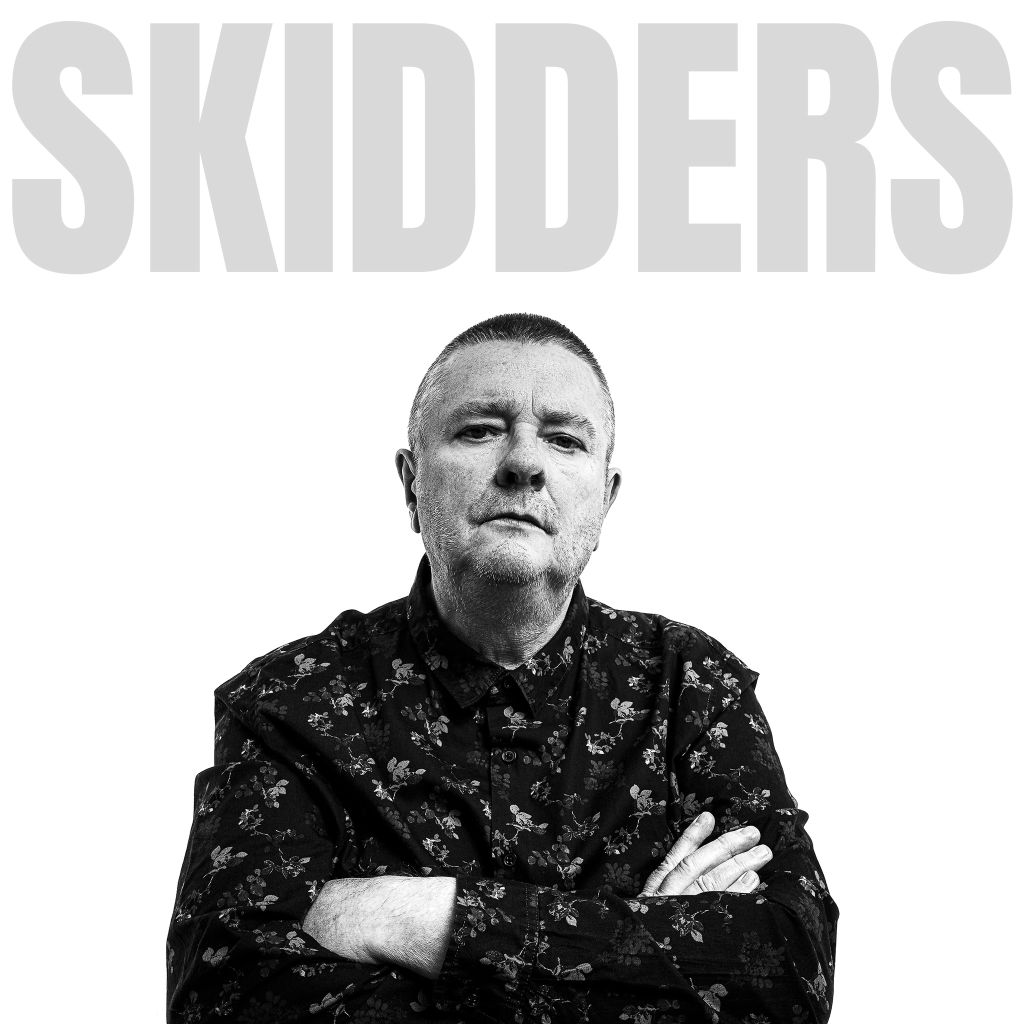 Can I please first start by saying, rather than a band, I’m solo artist Steve Skidmore aka Skidders – song writer, producer and session guitarist. Born in Smethwick in the centre of England, within an area known as the Black Country due to steelworks, furnaces etc during the Industrial Revolution. If you’ve seen the Peaky Blinders, it’s like that!

Most of my live performances revolve around other projects and bands rather than my solo music, for reasons I explain below. For example, I gig regularly with my duo Bukechi, with the fabulous Sammi Roberts’ on vocals. For solo albums, I Produce all my own material and play all instruments, apart from the human voice, which I am eminently rubbish at! So my compositions are 95% guitar instrumentals. On my three albums to date, I have not really limited my compositions to be “gig friendly”, hence me gigging mainly with other ‘projects’, as I call them.

My latest release was last month; the album “Friends & Family Vol. 2” which dedicated tracks to friends and family members, both past and present. Apart from one track, where I drafted-in Cotswolds’ legend Andrew James to add vocals; all other tracks are guitar instrumentals, both electric and acoustic guitar.

Well, the pandemic certainly hasn’t helped. It’s like you’ve lost 2 years out of your progress. I’m quite happy the way everything is now going so I can’t really complaint much. I’m very happy how my latest album has been received.

With this believe, I have worked hard promoting the album and I have been extremely pleased with the results in terms of Spotify and YouTube hits and feedback from fans and Bloggers. The track Aunty Bulgaria from the album which was released as a single in January, reached #37 in the Hypeddit Rock Chart.

I introduced my album Friends & Family Vol. 2 above and unless you have a very narrow music taste, I am sure you will like the eclectic nature of the compositions. If you head over to my website, you can preview the album for free, so what have you got to lose? You might love it, you might hate it, but please do give it a go.

If you have a subscription to Spotify, Apple Music etc., please do add it to your collection if it is included in your subscription. 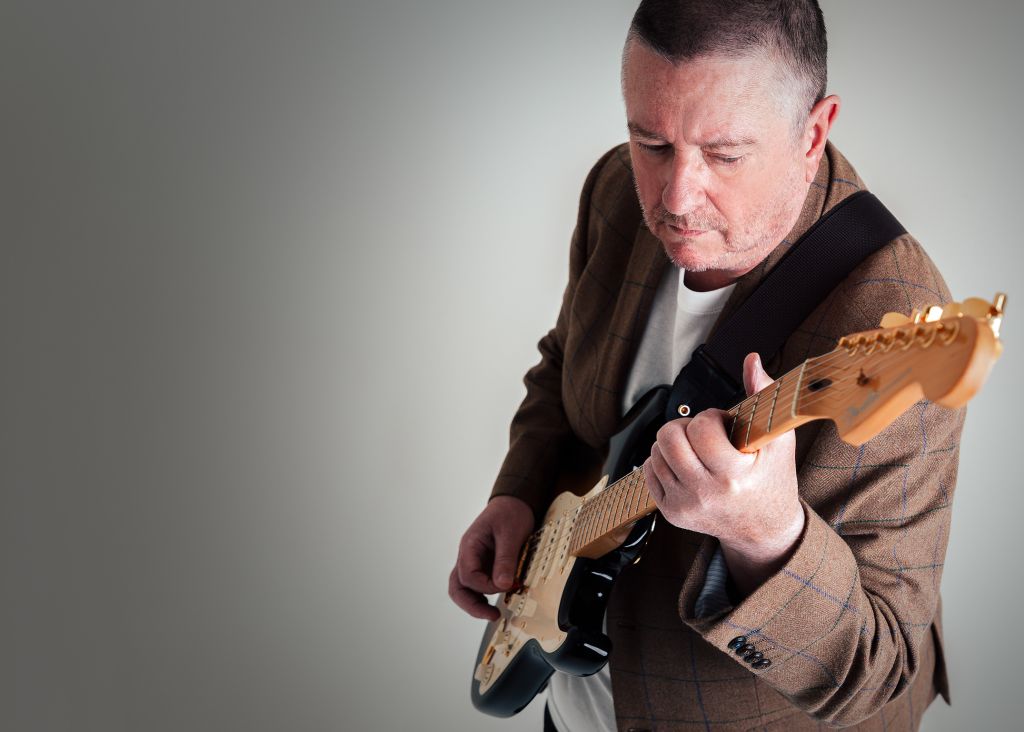 I’ll have a raison d’etre for a track. This can come from an idea in my head, a specific purpose or something I come across when noodling on my guitars.

For example, I wanted to write an acoustic guitar Celtic song to dedicate to some Irish friends. I more or less composed that all in my head and the end result was practically identical. Another track, I was messing about on my acoustic guitar and came across some chords and accompanying notes I decided to try and extend.

So the next step would be to open a new Logic Pro project (recording software), which allows you to record tracks for a composition. Specifying a key, tempo and draft arrangement, a rough guitar track can then be recorded. It takes about 20% of the time to complete 80% of the track. Then 80% of the time to perfect it!

Definitely eclecticism – on my latest album, you’ll find tracks ranging from rock to jazz to reggae to even Celtic. It is probably a bit of a downfall on my behalf, as it is difficult to specify a particular genre, which in turn is not particularly good for promoting oneself!

Overall though, I like to think of myself as a blues guitarist with a hint of jazz thrown in. If I had to sum up my distinctive sound, I would say “Stratocaster, reverb, overdrive – and go heavy on the reverb!”.

My main aspiration is for people to take a listen, then want to listen to again at some later stage. When I hear something new on Apple Music and I like it, I will add it to my collection, so as not to lose that artist and can listen again later.

If this happens, I believe I have achieved the ultimate adulation.

To tour the States is probably most musician’s dream, but I am a family guy and touring the UK is just perfect for me. I’ve played some great venues – I know this isn’t part of the question, but to play the Royal Albert Hall would see me content for life!

Definitely. If you listen to my first album, Skidderslectric, this is all electric guitar – rock, jazz, blues. My second album, Friends & Family, just acoustic guitar. Now my latest album, Friends & Family Vol. 2, has both electric and acoustic guitar. I appreciate so far, that doesn’t answer your question. However, If you take similar tracks from albums 1 & 2 and compare with those on the last album, I do believe you will hear some subtle changes in the overall sound and composition. In particular, I would say I am adding more jazz flavour.

I am a great fan of Robben Ford and he has inspired me to add this jazz flavour to blues.

My latest album was only released last month, so I am still busy promoting it. I am also doing session guitar recordings for a writer called Kylolus who is preparing a prog-rock album. It’s good stuff.

We move house next month, so that will take a chunk of time, but later I can start work on my fourth album, although I do not intend to release it for a couple of years. Feckem Hall will be written with gigging in mind, so will be “less produced” and be more like a live album.

Thanks for having me on Eternal Terror. You all take care and be safe!