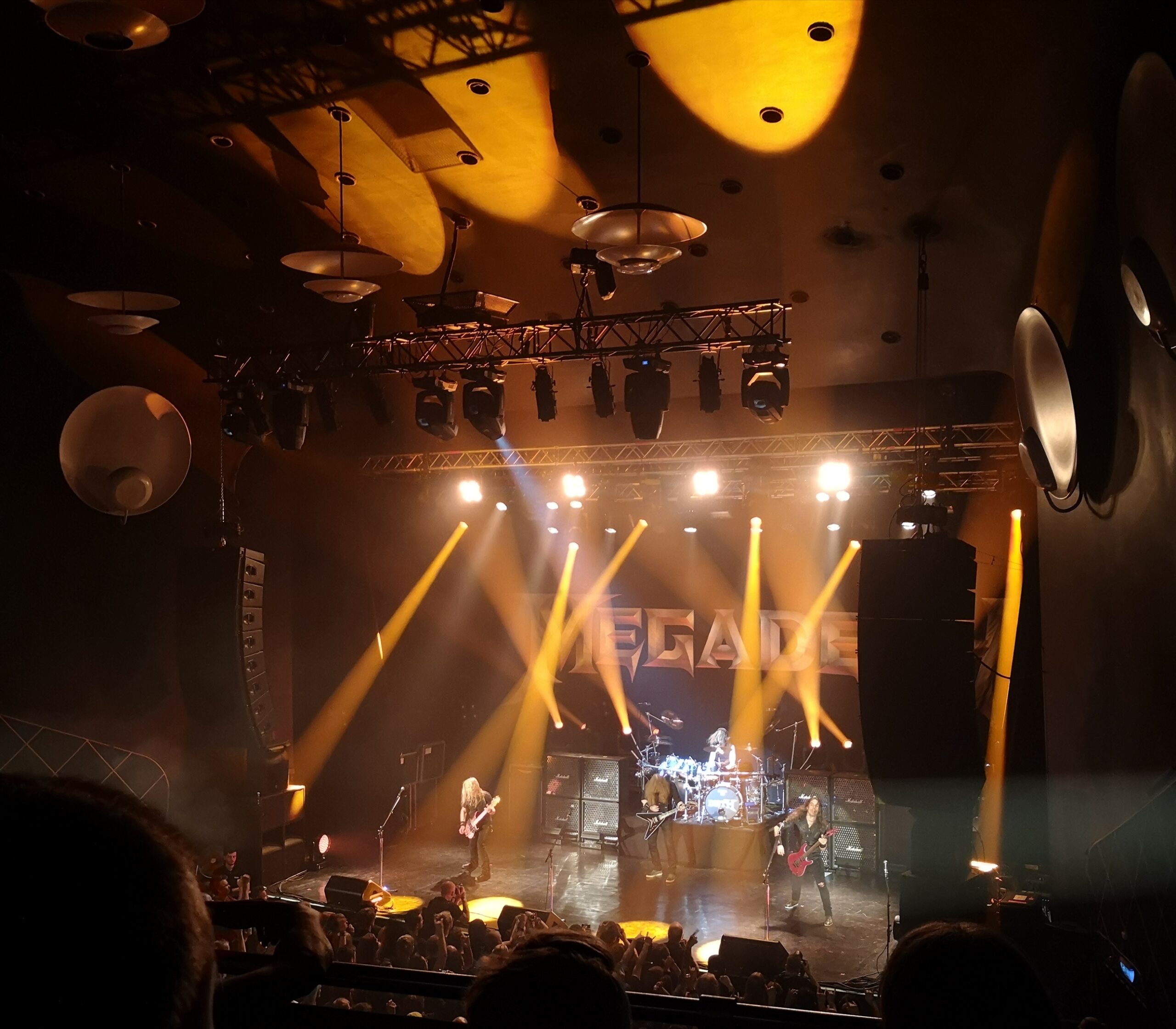 The legendary thrash metal pioneers that are Megadeth paid Norway’s capital city a visit on a warm and sunny Sunday night in early June, and what they delivered was nothing short of flawless and magnificent. In all honesty, it was fucking perfect!

Sentrum Scene in Oslo was packed to the rafters with headbangers and music lovers, and the sold-out crowd went absolutely mental when Dave Mustaine and his talented cohorts walked on stage following the ominous “Prince of Darkness” intro piece and launched into a blistering rendition of “Hangar 18”. The sound was great with the hard-hitting rhythm section consisting of drummer Dirk Verbeuren and bass-wizard James LoMenzo being immensely powerful. Dave’s voice was in fine shape throughout, and he delivered his timeless words and lyrics with both venom and passion. Speaking of Mustaine, the interplay between him and guitar-maestro Kiko Loureiro is pure metal bliss and truly inspired, and the setlist contained so many wicked surprises that I have no idea where to begin. “Angry Again” from the “Last Action Hero” soundtrack? What about the ridiculously catchy “Dread and the Fugitive Mind” from the overlooked “The World Needs a Hero” LP or perhaps the eerie “The Conjuring” from 1986? Let us not forget “Wake up Dead”, “Dawn Patrol” and the fiery “Poison Was the Cure”. Every single note was delivered with class, aggression, and that vicious bite that only Megadeth are capable of. Did I mention all the well-known classics that we got? “Sweating Bullets”, “Symphony of Destruction”, “Peace Sells”, and the melancholy “Trust” worked wonders and sucked us right in but so did newer gems such as the “Dystopia” title track and “The Threat is Real”.

The band ended things on an epic note with the thrash metal masterpiece that is “Holy Wars…The Punishment Due”, and as they thanked the fans for a fantastic night while “Silent Scorn” was playing in the background, it dawned on me that my old heroes had in fact just pulled off one of the very best and most memorable performances that I have ever had the good fortune to witness. Words such as outstanding and brilliant do not even begin to cover it, and with every aspect of the whole thing being so deftly executed and all-out captivating from start to finish, it was truly a night to remember. On a final note, Mr. Verbeuren is one of the very best things that has ever happened to Megadeth – just mentioning that in case you want to know.