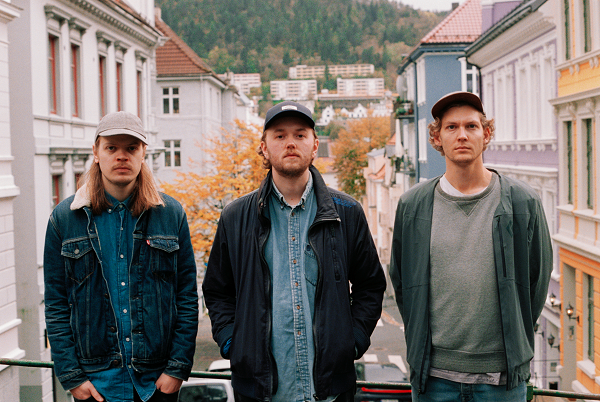 When you have a band whose lineup features three musicians who are graduates of the prestigious Grieg Academy in Norway, it is little wonder that their varied skill sets enable them to create a distinctive and original sound that makes use of what they have learned both through academia and hands-on experience.

And this is what you get with DATADYR, a band that retains its original spontaneity and playfulness, and takes it up a notch by using the traditional sounds one would expect of jazz, whilst, at the same time, also taking those traditions into new directions – along with a good dose of improvisation.

So, with DATADYR’s debut full-length album “Woolgathering” due to be released on the 10th June, and, conscious of the fact that DATADYR is a young band, and relatively unknown to followers of the genre, Is it Jazz? Records have chosen to release a second track from the album, thereby giving fans a further taste of what to expect from an album that is set to deliver an explosive mix of Americana, Blues, Jazz and Free Jazz.

You can read a review of the album by our colleague Jens, here https://eternal-terror.com/2022/05/23/datadyr-woolgathering/

The track, “Daybreaking”, can be streamed or downloaded from a number of services at https://isitjazzrecords.fanlink.to/Datadyr_Daybreaking

About the track itself, DATADYR had this to say:

Daybreaking features Kjetil Møster on saxophone, a musician we all look up to, so it was great to have him in the studio and record two songs with him. He brought a lot of energy and passion to the music and we’re very proud to have him on our record.

Based in Bergen, Norway, DATADYR’s  lineup comprises Øystein Høynes on bass,  Amund Nordstrøm  on drums and  Odd Erlend Mikkelsen on guitars, and, whilst DATADYR may be a new band, its three musicians have considerable experience with other bands and projects, either live or in the studio, past, present and upcoming. These include FINNSETH TRIO, HERKULES, KRYPTOGRAF, DREAMARCHER, ATARI, CORT PIIL, TARA MARTINE, TREVERKET, HVO, DREAMARCHER, AVIAN ART, THOMAS LOSSIUS SEPTETT,  GUNSLINGING BIRD, MØ: SAN, DUMBO CASINO  and SHAKAI.

“Woolgathering” was Recorded at the Solslottet Studio at Bergen Kjøtt, and is produced and engineered by  Iver Sandøy.  Aside from the afore mentioned Ketil Møster on saxophone, the album will also feature a guest appearance by Mathias Marstrander on guitar.

Track listing for “Woolgathering”  is as follows:

With cover art by Eigil Nordstrøm and band photographs by Olav Vikingstad , “Woolgathering will be released in CD, Digital and Red Vinyl formats, and is now available to pre-order from:

More information about DATADYR  can be found on the band’s Facebook page at https://www.facebook.com/Datadyrmusic