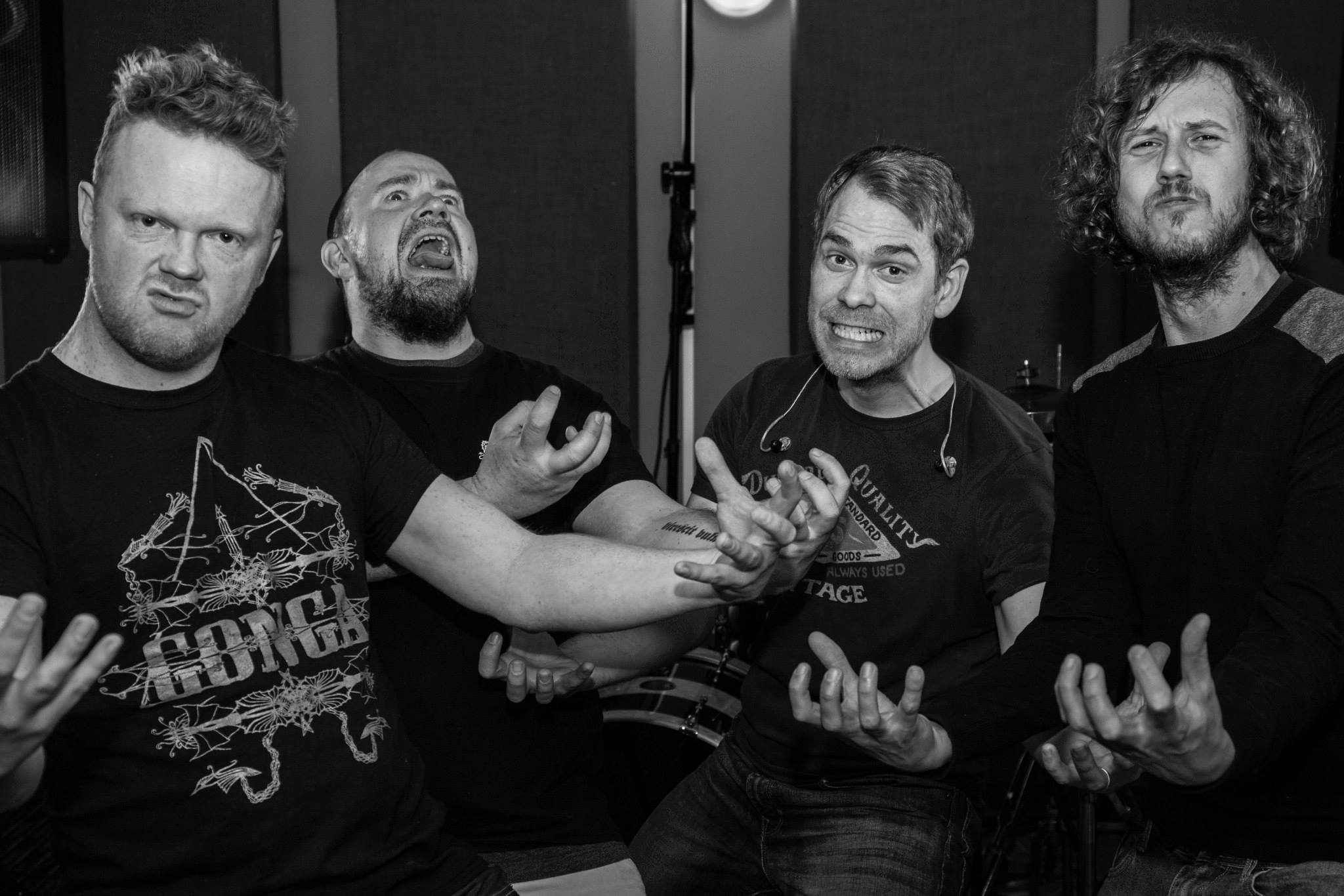 Sergeant Thunderhoof are delighted to announce the release of their fourth studio album ‘This Sceptred Veil’, on June 3rd 2022 on Pale Wizard Records; the follow up to 2018’s critically acclaimed full-length ‘Terra Solus’. The album is set to be made available on all major digital platforms, CD and vinyl. And while we don’t know if we’ll get to write a proper full review for this release, we’ve checked out a special preview link we were granted access to and this was such a treat for the ears. It was impossible to sit still while typing the article as those rhythms conjure the entire pantheon of psychedelic rock gods and goddesses, each and everyone of them applauding the heaviness and the good vibes flowing through the songs. A release to make your June 3rd really exciting!

Sergeant Thunderhoof formed in 2013 by sheer accident. Each member had previously worked together in other bands over the years and one night during a jam session, what transpired was a debut LP Zigurat which took everyone, the band included, by surprise. They quickly hit upon a sound which incorporated their love of dark, brooding and soulful grooves, super rich melodies and thick, fuzzy low end rhythm sections.

The band rapidly picked up steam, performing alongside the likes of Elder, Mos Generator, Siguriya, Karma to Burn, Kamchatka, Desert Storm and King Buffalo, building a loyal and growing listener base along the way.

In the seven years that followed, Sergeant Thunderhoof have amassed a rich and varied back catalogue including 3 studio albums, a live full length, an epic split LP with Howling Giant, numerous compilation appearances for the likes of Ripple Music and Magnetic Eye Records and even a surprise tribute to Kate Bush. With the momentum firmly on their side, the band entered 2020 with a number of tours and releases planned including the follow up to their 2018 LP ‘Terra Solus’.

When the world turned upside down in March 2020, all touring, writing and recording plans were thrown out of the window and the band were collectively forced to rethink their entire working relationship. At the tail end of 2020, they began collecting their ideas, riffs and rough recordings to begin work on the next album. What transpired was an epic 68 minutes of huge riffs, introspective atmospherics and melancholic yet uplifting melodies.

Recorded with Josh Gallop (Phoxjaw) at Stage 2 Studios in Bath and mastered by Tony Reed (Mos Generator), This Sceptred Veil sees the band explore darker and denser territory than their previous albums.

Speaking about the album, vocalist and lyricist Dan Flitcroft says, “I decided early on that I wanted to explore the rich history of our surrounding area in the South West of England, whilst incorporating the story of ‘The Sergeant’ which we have been cultivating since the very start of the band. Right from the debut record ‘Zigurat’ I was keen to introduce the idea that the name of our band represented a mythical, time travelling figure which could help inspire new ideas and themes. When the Pandemic hit, it forced me and my family to make more use of our immediate environment, and we are so lucky in our part of the world to have such amazing history and sights on our doorstep. I researched many mythical, semi-factual stories regarding the ancient history of England (Avalon), amongst some fantastical tales revolving around the idea of the Biblical figure of Christ.

I’m particularly pleased with ‘This Sceptred Veil’ as it feels, at least to me, like a rich and focussed body of work. The finale of Avon & Avalon Parts 1 & 2 which close the album really capture the darkness, light, paranoia, fear and redemptive qualities of which we were all feeling throughout the pandemic. I always steer clear of politics or current events in our music as we like to keep everything in the world of The Hoof. However, listening back now, I can certainly hear a lot of the cynicism, sadness, hope and decay of my life at the time. I think the pandemic forced me to confront my own mortality and perceived failings. Now I am a Father, it occurred to me that my actions have profound consequences on those around me.”