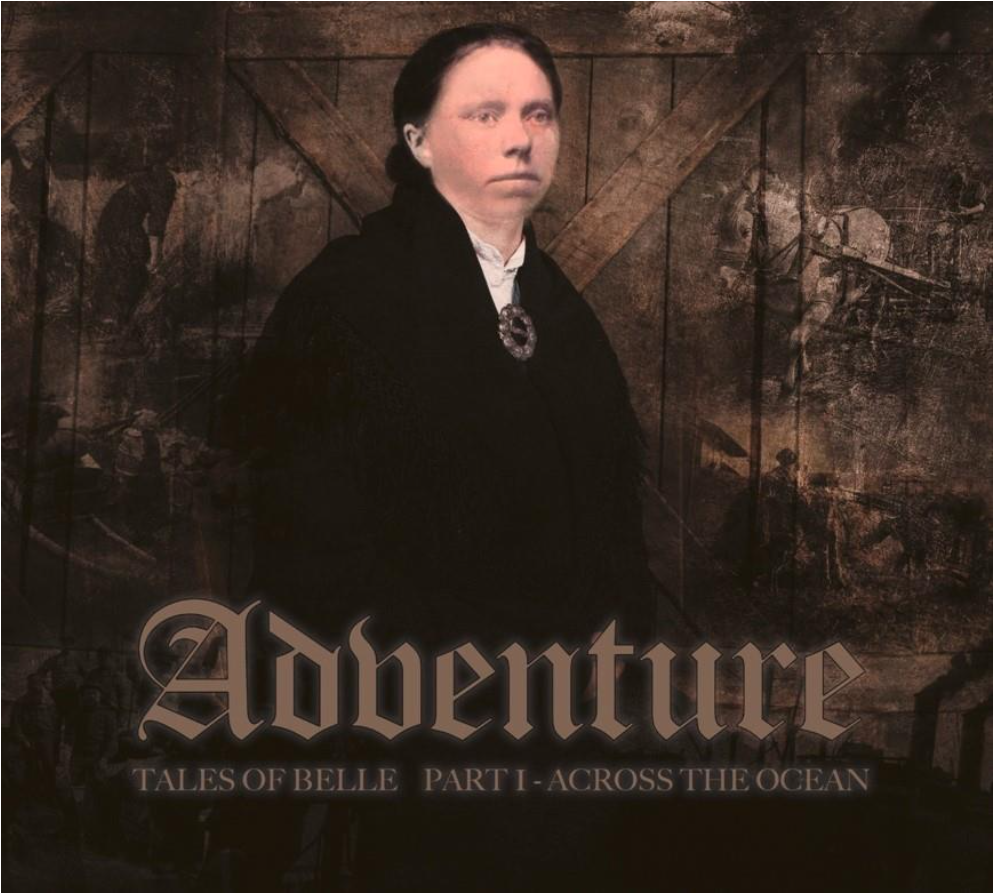 ADVENTURE – Tales of Belle Part 1: Across the Ocean

Symphonic prog rockers Adventure recently released this ambitious concept record revolving around the infamous Norwegian serial killer dubbed Belle Gunness (born Brynhild Paulsdatter Størset back in 1859) who emigrated to the US in the 1880s only to disappear from view in the beginning of the 1900s. In short, the woman was a nasty piece of work.

There are inspired moments of unexpected beauty to be discovered here and Elen Cath Hopen’s vocals are both bewitching and soothing. Regarding riffs and melodies, it sometimes recalls ancient Uriah Heep (check that galloping passage in “Too Far” out!) and Camel whereas the creative use of Hammond and synthesizers (as well as the folk-esque traits) bring to mind Jethro Tull and early Genesis, but these are merely vague points of reference and Adventure definitely have something original and inventive going on. There is an abundance of drama and theatricality to these eleven compositions, which emphasizes the creepy and bone-chilling theme of the LP, and although a few parts sound slightly restrained, almost as if they are bursting to explode in a bombastic climax but never quite reaching that point, this is a varied piece of work that displays maturity and substance. In addition, the lyrics are well-composed and form a great narrative thread throughout.

A tad more menace and darkness in terms of atmosphere and mood would have suited this LP given that the subject matter is such a grisly one, but make no mistake, this is not an uplifting listen and it certainly gets the job done with respect to laying bare the first part of Belle’s story in a convincing manner. Also, it grows with each listen, and I am looking forward to the sequel to this one already.