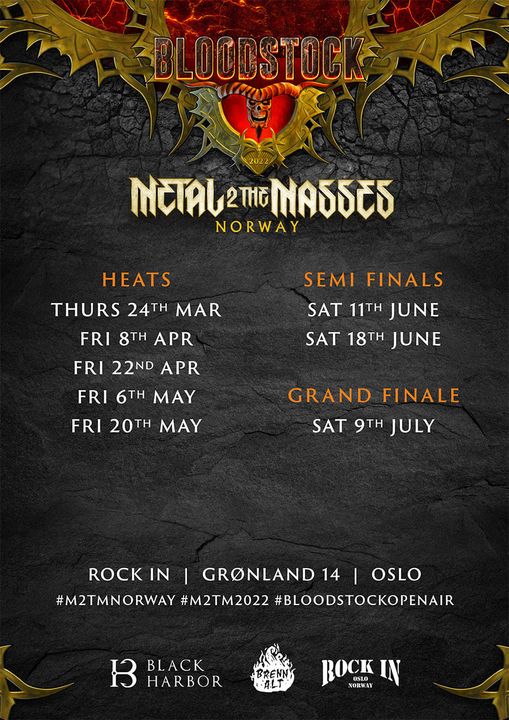 As summer festivals seem to have gotten the long awaited green light after 2 years of silence and uncertainty, the ‘qualifying rounds’ begun for the international bands who can get a chance at performing on the stages of renowned events. One of them is Bloodstock festival, in UK, a festival with over 20 years of history and lots of cool stories. And they also now offer a slot for a Norwegian band to perform there every year.
Brenn Alt in collaboration with Black Harbor and Rock In organize the event in Oslo, starting with 4 different ones from March to May and two semifinals in June with the grand finale in 9th of July. On April 8th, the heat that I got to attend , we were presented with three bands who each got a fixed set of twenty minutes, time during which they had to convince both the jury and the attending crowd that they are worthy of their vote in order to get a chance to impress international crowd at Bloodstock. 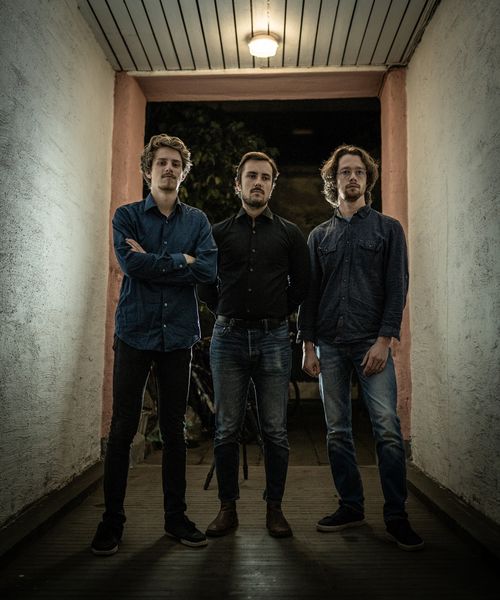 First act was ENRAPTURE, a local prog-metal band who is not shy when it comes to bringing lots of extreme metal elements into their mix and one might want to call them a death metal band at times, or maybe post-metal. But whatever one decides to label them as, they did get comfortable on stage in matter of a couple of minutes and delivered a tight and intense setlist. I am not sure if they had the youngest members for the evening, but I believe they did have a good amount of live experience. Which was helped by the fact that Rob was the soundguy of the evening, a thing that actually benefited all of the acts on stage.
https://www.facebook.com/EnraptureBand 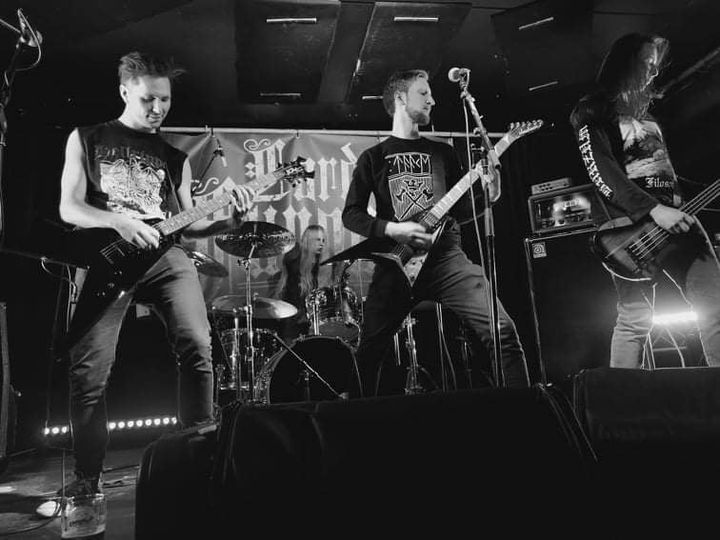 Things were removed and added with almost clockwork precision and the second band, LAST LIGHTNING, started their set the minute it was announced they would. They delivered a good dose of black metal, with very obvious Norwegian roots and which inspired some crowd to begin to headband and act as if they’d be at a metal concert. While I have a neutral position towards their music, I admit that I spent most of their setlist admiring the intensity of the drummer’s performance and kept wishing the drumkit would be placed more in front. I hope they get to that at their future shows.
https://www.facebook.com/LastLightningOfficial 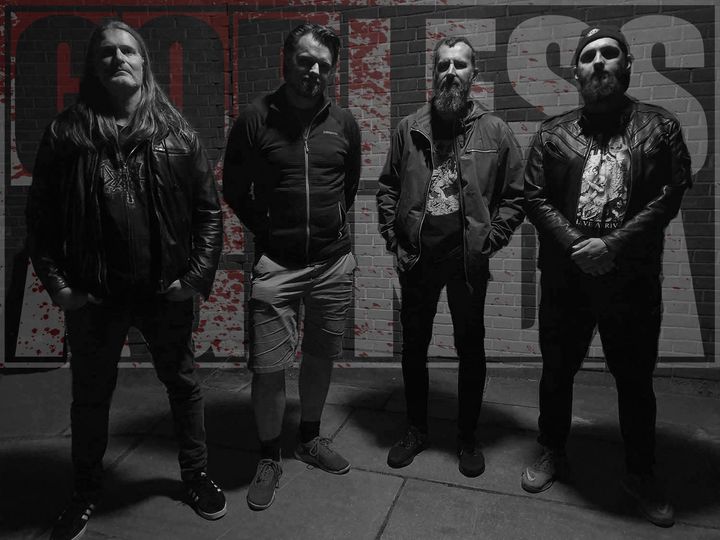 Last act for the evening was GODLESS AGENDA and their old school thrash and death sound which constantly reminded one of pioneers of the genres such as Slayer, Death, Sepultura and so on. The atmosphere at Rock In got heated up as well, with the area next to the scene way fuller than before and with more headbangers. There was also an attempt at moshpit, but it resulted only in a broken glass. Godless Agenda have started writing music a long while ago, but their live journey has actually just begun this evening at Rock In and I was nicely impressed by a first time performance. Not sure how nervous the band members were prior to getting on stage, but they managed to perform tightly and have a good and intense attitude during the short setlist.
https://www.facebook.com/godlessagenda

After the set was over, the crowd was invited to cast their vote on a piece of paper, and after that, the jury left the area and debated who will be the one to go on to the semifinal. We were told that the decision took a rather long time and it was difficult, but the winners announced were the guys in ENRAPTURE. There seemed to have been mixed feelings about the decision, but I guess that’s expected whenever there is a competition. We want to congratulate Enrapture and wish them good luck at the performance for the semifinal, and may they have a blast should they end up performing in UK in the summer.

BJØRN RIIS – Everything to Everyone