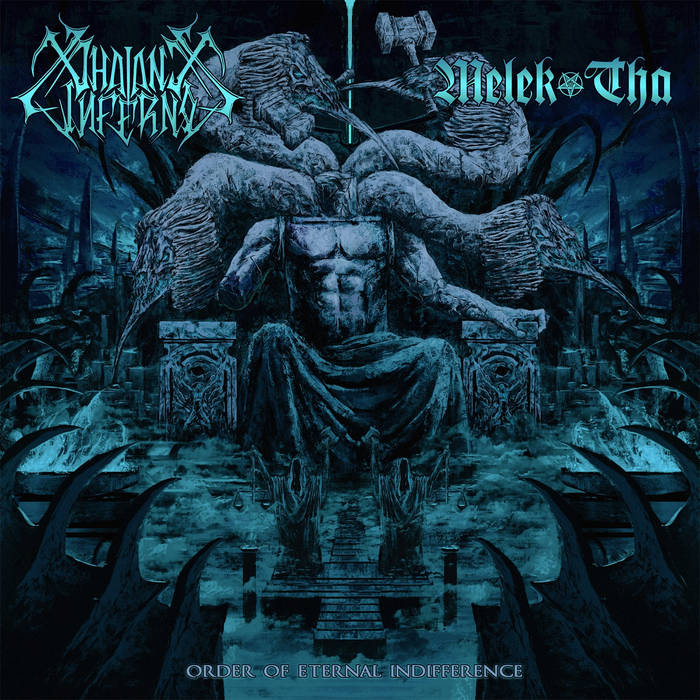 Although this split album by the US horde Phalanx Inferno and the French entity Melek-Tha is not brand spanking new as such (it was released back in early December), it is such an interesting one that we need to churn out a few sentences about its many merits.

I love the fact that the two outfits are completely different from a purely musical perspective and yet they complement each other splendidly. Melek-Tha’s unique brand of dark ambient is menacing and borderline ritualistic in nature whereas Phalanx Inferno’s crushing and chaotic take on black/death metal is equally claustrophobic and sinister. The former act’s strange and otherworldly soundscapes possess a satanic grandeur and are deeply evocative while the four twisted and vicious tracks by the latter ensemble ought to satisfy all you old-school death metal maniacs out there thanks to the catchiness and the rumbling, powerful vibe and sound of the songs. Again, combining the two forces on a split record is an inspired idea and the result is definitely a satisfying one. “Order of Eternal Indifference” brilliantly showcases the fact that darkness comes in many shapes and forms. On a final note, let me merely point out that both of the groups boast vocals and voices that chill me to the fucking bone at times. Wicked stuff!