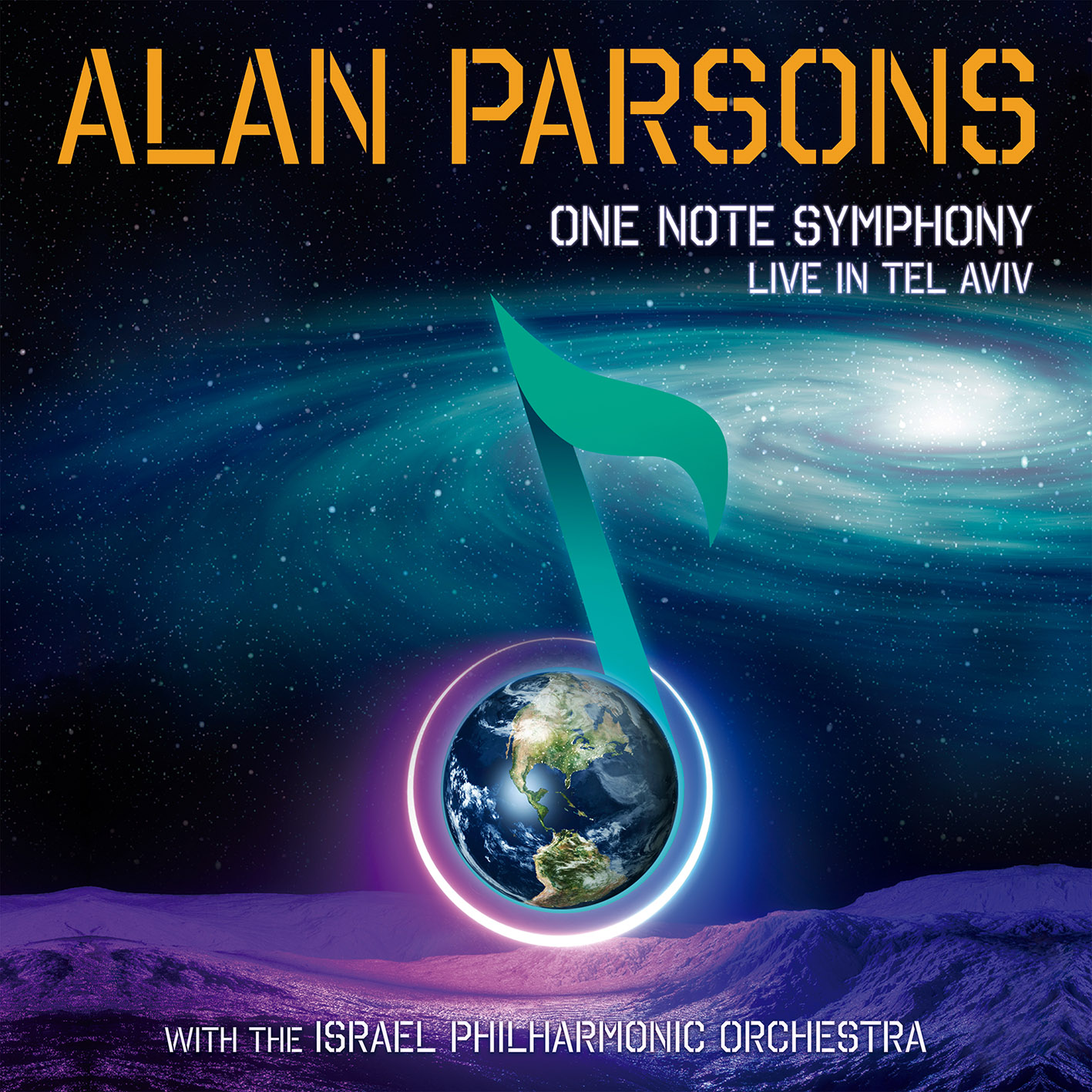 The inimitable Alan Parsons released a marvelous live album via Frontiers Records late last year that impressed me greatly, more specifically the one titled “The Neverending Show – Live in the Netherlands”, and so I was rather curious as to how this sparkling new document named “One Note Symphony” would sound. As it turns out, it sounds pretty darn good and is a nice addition to the legendary musician’s catalogue of works.

The musicianship is outstanding all around and the Israel Philharmonic Orchestra adds even more class, elegance, and sophistication to these finely crafted pieces. The essence and atmosphere of the songs remain intact, and the orchestra is neither intrusive nor overpowering in any way. In fact, it is remarkably subtle at times, but it works splendidly and complements the textures and vibes of the material quite nicely. While I prefer the “The Neverending Show – Live in the Netherlands” release to this one due to the former’s intimate feel and warmth, “One Note Symphony” is an interesting output and one that warrants many repeated listens due to the many shades and nuances of these particular renditions of the tunes. The mix is well-balanced and crisp, but the 2-hour long DVD that accompanies these two CDs is underwhelming from a visual and technical perspective, and it is hardly what one would deem a captivating feature. Simply put, stick to the excellent CDs as the DVD lacks professionalism.

“One Note Symphony” may not the best place to start if you are new to Alan Parsons, but those of you who are already familiar with his inspired and unique mixture of rock, pop, and progressive rock ought to check it out. The two standouts (and the ones that benefit the most from the symphonic flourishes) are the moving “Eye in the Sky” and the gentle “Old and Wise”, so make sure you check those out if you need a teaser or two.

MARILLION – An Hour Before It’s Dark