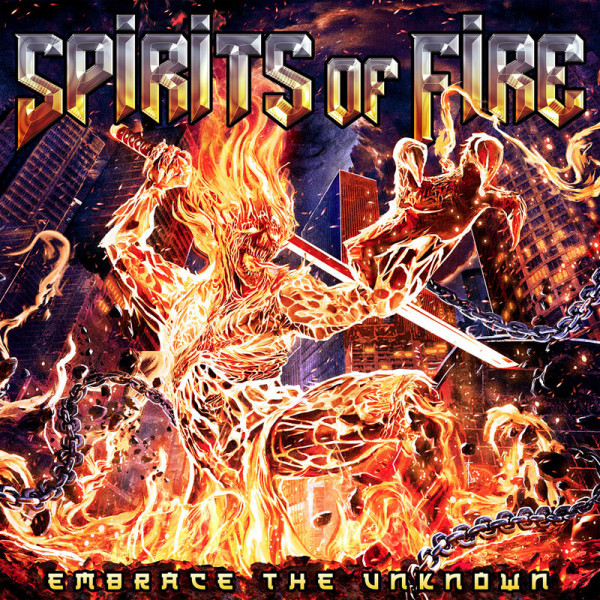 SPIRITS OF FIRE – Embrace the Unknown

The project named Spirits of Fire is a rather overlooked one from my perspective but hopefully this superbly crafted heavy metal juggernaut of theirs titled “Embrace the Unknown” will reach a wider audience and receive more praise than their otherwise solid debut offering from 2019 did. While Tim “Ripper” Owens (ex-Judas Priest) handled the vocals on its predecessor, this crushingly heavy 2022 output by the group features the amazing Fabio Lione on vocals, and the I might as well tell you that these guys have kicked things up a notch and delivered a powerful opus.

The sound is absolutely massive and packs more punch than my wife’s chili con carne, which is saying something. The musicianship is as good as it gets, but that is hardly surprising given that Steve DiGiorgio (Testament), Mark Zonder (Graham Bonnet Band), and Chris Caffery (Savatage) are involved. Now, more importantly, the songs are captivating this time around and contain bags of flavor and atmosphere, and there are plenty of earworms to be found here. Although this is one of those projects where the individual tracks were recorded in various studios (presumably due to conflicting schedules or long geographical distances between the various members), there is a certain amount of groove to the tunes and nothing sounds stiff, rigid, or contrives for that matter. It actually sounds as if they had fun playing around with these musical ideas. The disc also offers variety and surprises, and the more you listen to it, the more nuances you will discover.

“Embrace the Unknown” is a sharp and musically cohesive album where the riffing style and the keen vocal melodies complement each other beautifully and one that ticks all the right heavy metal/power metal boxes for yours truly. Bloody marvelous!

MARILLION – An Hour Before It’s Dark