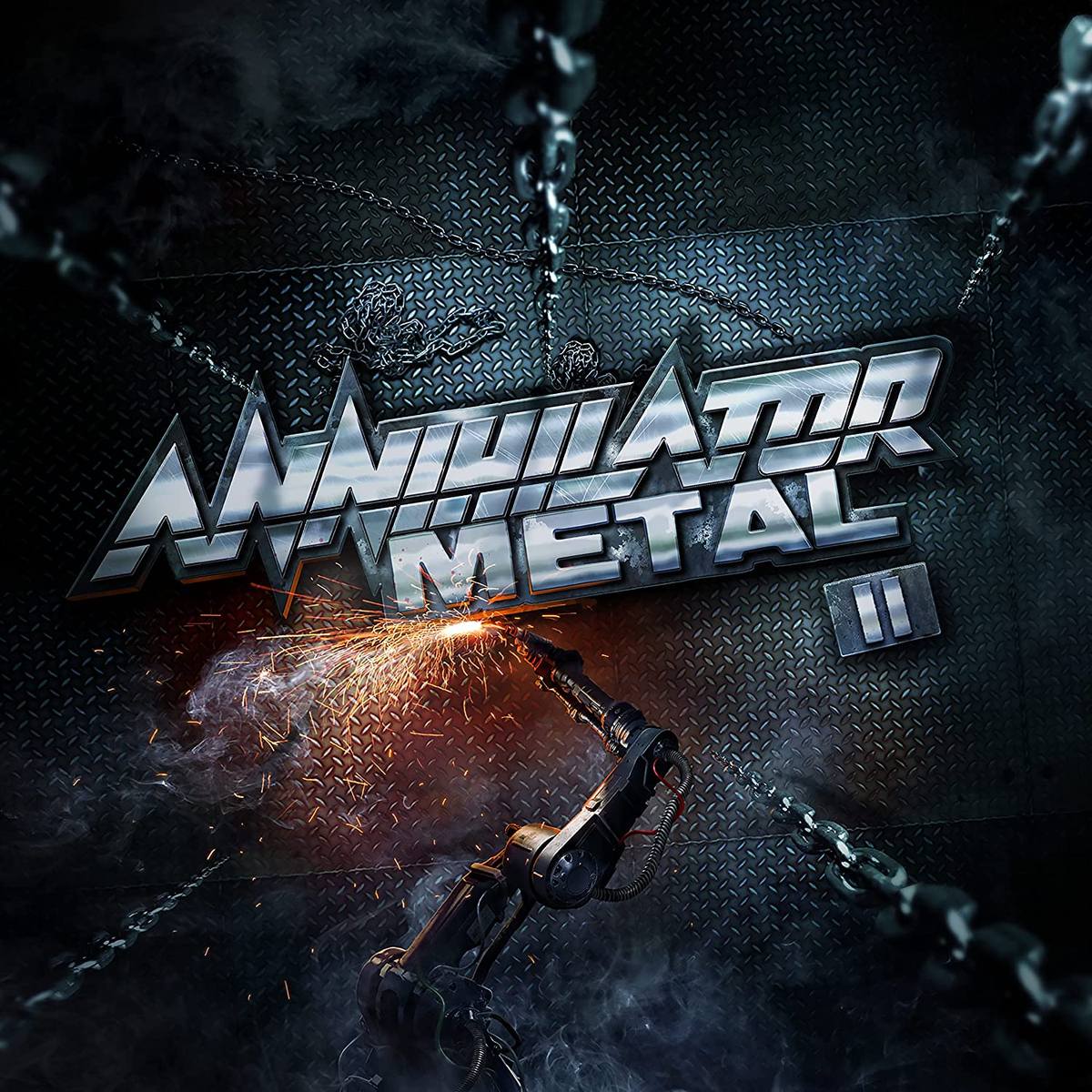 The renowned Canadian thrash/speed/groove metal mongers Annihilator, which is masterminded by the hugely skilled Jeff Waters, were one of the groups that I grew up listening to, but I must admit that I have found quite a few of their later albums to be patchy affairs. “Metal II” is essentially a reconfigured or half-way reconstructed version of the 2007 LP titled “Metal” with the primary difference being that the 2022 output boasts Dave Lombardo on drums and Stu Block on vocals. Several notable musicians make guest appearances throughout and nothing has been changed with respect to that, which also pertains to Jeff Waters’ guitar tracks as they are the same here as the those of the original version. So yeah, some things have been changed but much has been left intact.

Now the thing is that “Metal” was never a great or noteworthy album to begin with. Many of the tunes were unmemorable and lacked strong hooks, and too often that disc ran out of steam and lost its momentum. Those exact same issues and flaws also plague these 2022 renditions of the compositions, but Lombardo’s excellent drumming has at least added more power and aggression to the rhythm section and made that aspect of the record more interesting and creative. The pummeling “Chasing the High”, the sharp and vicious “Clown Parade”, and the atmospheric epic that is “Haunted” are fucking awesome, but the rest are either mundane or forgettable.

Some good ideas and face-melting riffs do appear on “Metal II”, but in the overall perspective, it is simply too uneven and unremarkable to stand out, and as much as I admire some of their other works, their latest effort is a letdown and not one for the history books.

LIONVILLE – So Close to Heaven

SPIRITS OF FIRE – Embrace the Unknown