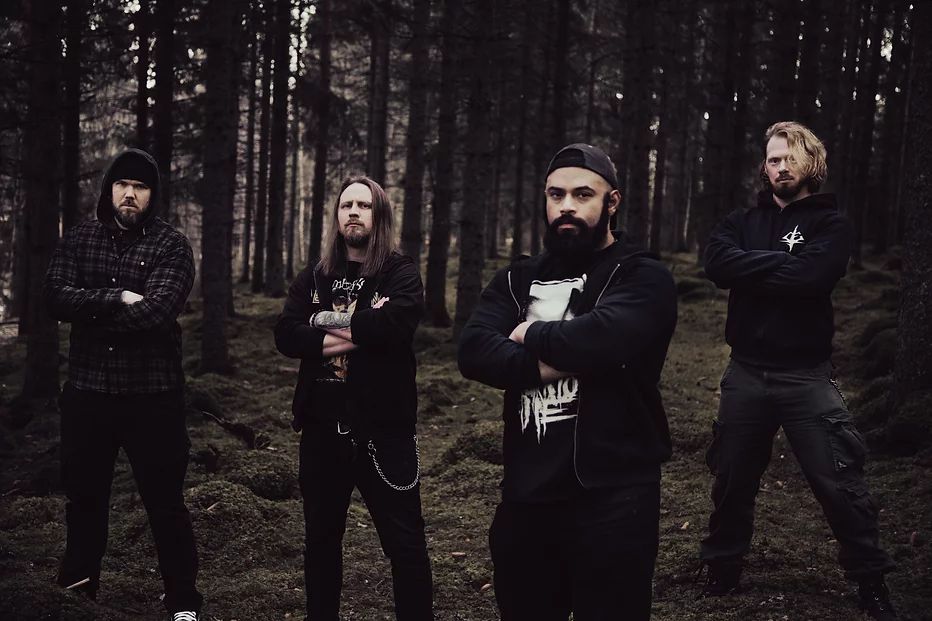 DIE WITH FEAR – first single out

Swedish melodic death metal act DIE WITH FEAR release their first single “To The Wolves”, accompanied by a lyric video. They have also just announced the completion of the bands debut album. The band has finally found their sound and style that they have worked on for over 10 years under the name Dienamic.

The album ´Sonata Di Morte´ is a 8 track bone crushing riff circus, melodies and lyrics that will bring energy and life to the masses.

Watch the lyric video for “To The Wolves” here:

Die With Fear has operated under the name Dienamic from 2010. The name change came to life after much consideration due to the new sound, new members with William Bergbacka in front with his unique voice in 2021. The band was originally formed by by Stein-Odin Johannessen, Gustav Lindquist back in 2010, with one goal in sight. To play live and have fun. It quickly turned into a more serious matter.

Starting a band from scratch with very little experience over all had it’s challenges. A small town i Northern Norway, Tromsø became the birth place for the band. In 2012 the band had managed to put together their first full length album, Surfing The Apocalypse after the self titled EP was released a year earlier.

The album opened doors and led to a Japan tour-deal in 2012. Extreme Metal Over Japan Vol. 2 became the official start on international terms for the band.

Quickly after the return, the band wrote their second album Afterlife. This became the first signed release. Worm Whole Death (it) signed the band and contributed for a safe return to Japan for a second tour. After touring eastern Europe, with a support slot for Sepultura in Belgrade and 16 dates of headlining club shows, the time had come for the band to step up their game.

During 2016 the band relocated to the Gothenburg, the death metal capital of the world. The band kicked off the year with the final leg of the Afterlife Tour and later joined Humanity’s Last Breath for a leg in the UK. Throughout 2017 to 2021 the band struggled to find permanent members to take the band to the next level.

Linus Hernvall was one of the first to take his spot whole hearted. With his 4 string axe he immediately sat the standard for the rest of the auditions.

A hard working tank, with raw energy and power pushed the band towards the next level.

2019 and 2020 became a dark time in the history of the group. Lead singer Gustav Lindqvist parted ways with the band, corona pandemic struck the globe, and the continuing struggle to find the right members started to slow the band down. At the mid of 2020, everything came to a holt.

​It wasn´t until the summer of 2021 when William Bergbacka came in for audition that everything changed.

A short but effective two hour online audition was all it took. With the first demo received only five hours later, they booked a work session to record and produce vocals for two of the eight songs on the new record. William Bergbacka came and delivered a masterpiece of a performance throughout the album.

Sonata Di Morte has turned out better and more alive than they could ever have hoped for.

Shortly after Robin Lagerborg joined and took up the duties on the rhythm guitar.

Sonata Di Morte will be the debut album for Die With Fear, but the 3rd full length album and the 4th release in the history of the band.

​DIE WITH FEAR are: