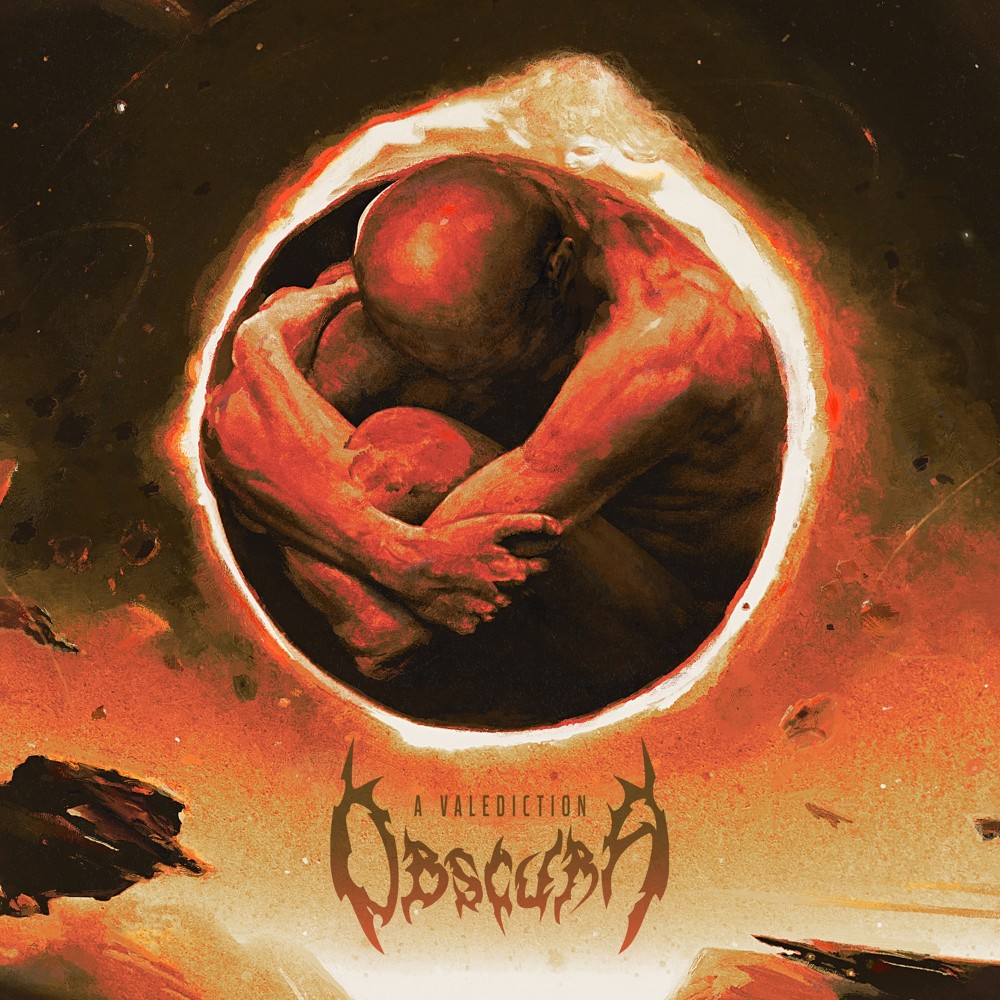 I’m probably going to be called a contrarian for saying this but I don’t consider this German progressive technical melodic death metal act a revelation it seems to be so universally regarded. True, the first two albums: “Retribution”²⁰⁰⁶ and “Cosmogenesis”²⁰⁰⁹ had borne a promise of the “we may have a new Death in the wings” sort but the three follow-ups: “Omnivium”²⁰¹¹, “Akróasis”²⁰¹⁶ and “Diluvium”²⁰¹⁸, while admittedly richer instrumentally and, especially, productionwise, had the songwriting trappings typical of the modern death tech vein – razzle dazzle with plethora of riffs and melody without much regard for the song cohesion or structure. This was surprising because Obscura guitarist, Christian Münzner, is renowned for his creative input in the excellent Alkaloid and Paradox but here the same seemed dwarfed as if exhibiting signs of arrested development. To put it bluntly, to these ears, Obscura has been recording the same album for the past 10 years or so. That’s why the last year’s “A Valediction” (released November 19th), although still not without some of the similar shortcomings, comes as such a surprise, their best work since “Cosmogenesis” if not their best, period, when you consider the tightened up songwriting without sacrificing either the hooks or the power.

You could say the group’s frontman, Steffen Kumerrer (also the leader of the Satanic death/black metal act Thulcandra) , who had initially named the project Illegimitation, was the most powerful actor in Obscura – just take a listen at the processed “Focus” Cynical vocals or the album-to-album similar rhythm guitar patterns, and I mean you COULD say it because “A Valediction” is so different, so fresh and innovative sounding it is almost as if he had stepped aside and allowed his bandmates a lot more creative artistic input, which, given the songwriting credits which are as evenly and abundantly distributed among his bandmates as ever, would be a false assumption. In any case, you just can’t deny the influential charm of “The Jester Race” (Solaris, title track, The Beyond) and “Clayman” In Flames with early Soilwork (In Adversity) or early Arsis and The Black Dahlia Murder (In Unity) while you revisit “Covenant” Morbid Angel with a ripping hardcore break (Devoured Usurper) and “Apocalyptic Hybrid” Hypocrisy (The Neuromancer), (as if Steffen & Co. had done some “all things classic melodeath” listening prior to “A Valediction” writing and rehersal) amidst the classic Obscurities such as the opening “Forsaken” and the closer “Heritage”, but the “Burning Bridges” Arch Enemyish (could it be the the legendary Gothenburg producer Fredrik Nordström?) and almost power metallic “When Stars Collide” is a first, featuring amazingly clean vocals of Solwork’s Björn Ove Ingemar “Speed” Strid. There’s a significant loan from the modern American metalcore scene and acts such as God Forbid (The Neuromancer), All That Remains (In Adversity), Unearth and Killswitch Engage (The Beyond) definitely for good measure, of course, the fretless Steve DiGiorgian ubiquitous loud and clear bass of Jeroen Paul Thesselingand and even a Mastodonian drum solo in the instrumental “Orbital Elements II” courtesy of the fantastic David Diepold (also of Cognizance), but, most pleasantly, trace layers of processed vocals (they’re more like distant echoes than actual cleans, a more unique approach), Kummerer primarily alternating the early In Flamesian Anders Friedenesque screams with Morbid Angelic David Vincentic growls which fit the music perfectly. Most of the time Obscura doesn’t so much sound like Obscura but some new unknown melodeath up and comer, although (here comes the gripe), “Forsaken”, “In Unity” (not very catchy) and “Heritage” are found somewhat wanting in comparing with the perfection of the rest, especially the back-to-back marvelousness of the favorite title track (with its soaring thrash riffs) and “When Stars Collide” which also hearken to the “Above The Light” Sadist.

I strongly recommend “A Valediction” especially to those who, like me, were not that impressed by anything after “Cosmogenesis” as you will likely appreciate the tightened songwriting, especially on the first half of the album and increased catchiness to the extent that you could easily sing along to most of the hooks and melodies, to say nothing more of the legendary riveting production. And when you consider that “A Valediction” is not a fluke but rather a part of a larger trilogy of tighter and catchier songwriting progression masterplan – go ahead and break in pieces that frightened looking piggybank of yours for the obvious purpose.