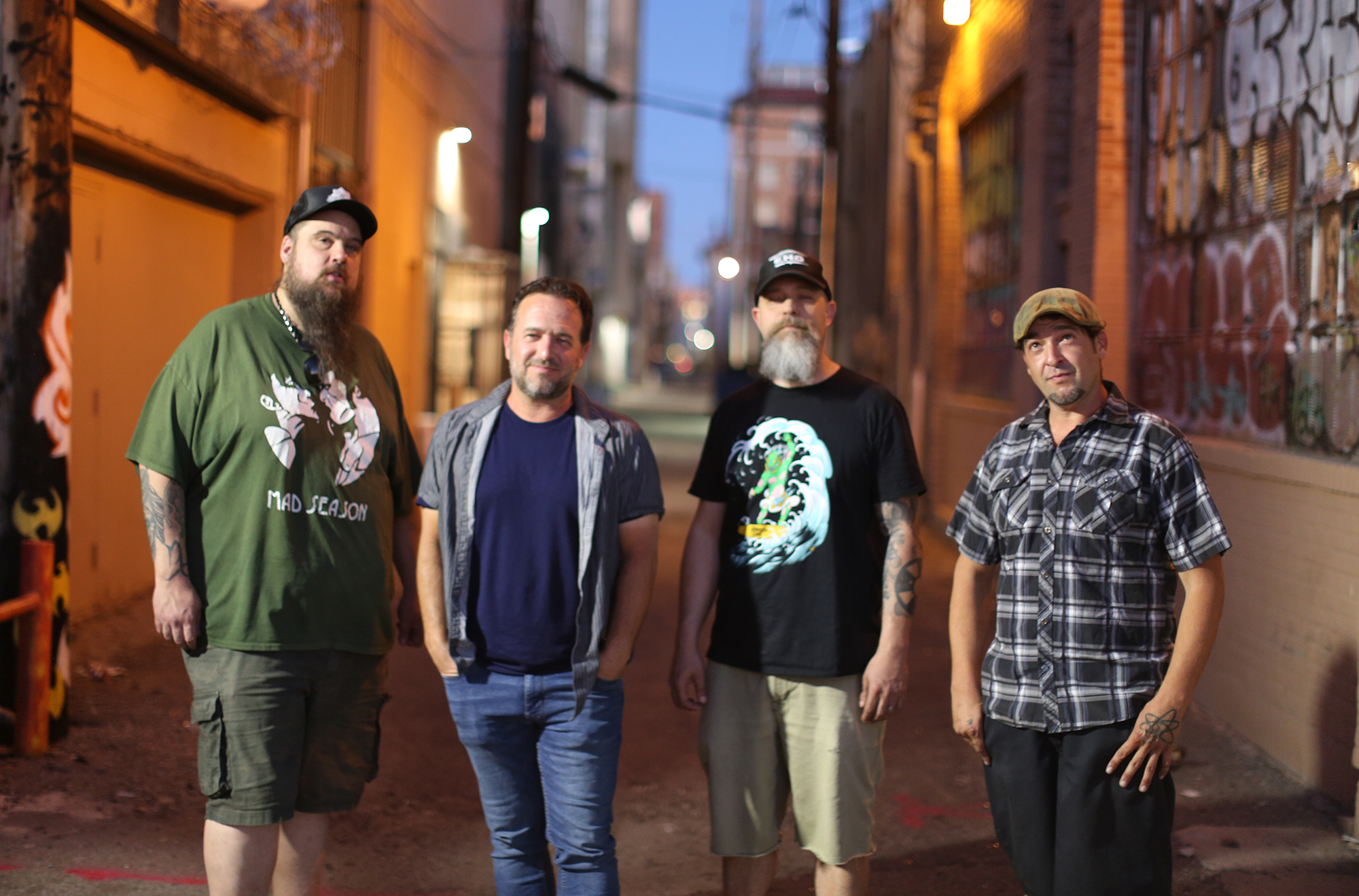 Blue Heron is a four-piece band from New Mexico creating their own mix of authentic desert rock blended with elements of doom, stoner metal, and heavy psych.  The band is self releasing their debut EP, a two-song 7-inch for the songs "Black Blood of the Earth" and "A Sunken Place", while the full album is coming in the Spring of 2022.

Already after the first listen we were rather hooked on their groovy and intense journey where they’re never shy of taking you back and forth between a lazy, soothing deep guitar riff and a wake up call in the form of an instrumental earthquake.

The first single has already been released  on Spotify. And the video for "Black Blood of the Earth" can be seen below

For decades, bands across the planet have blasted out their versions of desert rock, driven by a deep and almost mystical fascination with the desert.  Formed in 2018, Blue Heron is a heavy rock band from Albuquerque, New Mexico, and their firsthand relationship with the desert is inextricable from who "we are and how we sound".

Surrounded by endless horizons that spark a compulsion to fill the vastness with massive volume, the band   saturates their piece of desert with rolling, thunderous riffs, drums that pummel and swing, deep, thrumming tones and vocals that rip and roar.

Blue Heron’s guitarist and singer were founding members of Spiritu, possibly Albuquerque’s first desert-style rock band, who burned briefly yet brightly with a Jack Endino-produced debut LP, a European tour with Clutch, Spiritual Beggars and Dozer, and a compilation slot next to Entombed and Mastodon.

On December 3rd, Blue Heron self-releases their "Black Blood of the Earth / A Sunken Place" single on
7-inch vinyl and digital formats.

The band is also active with a track on Magnetic Eye’s forthcoming Best of AC/DC  [Redux] alongside the likes of Supersuckers, Domkraft and Witchskull.

The band’s full length album, "Ephemeral", to be released in 2022