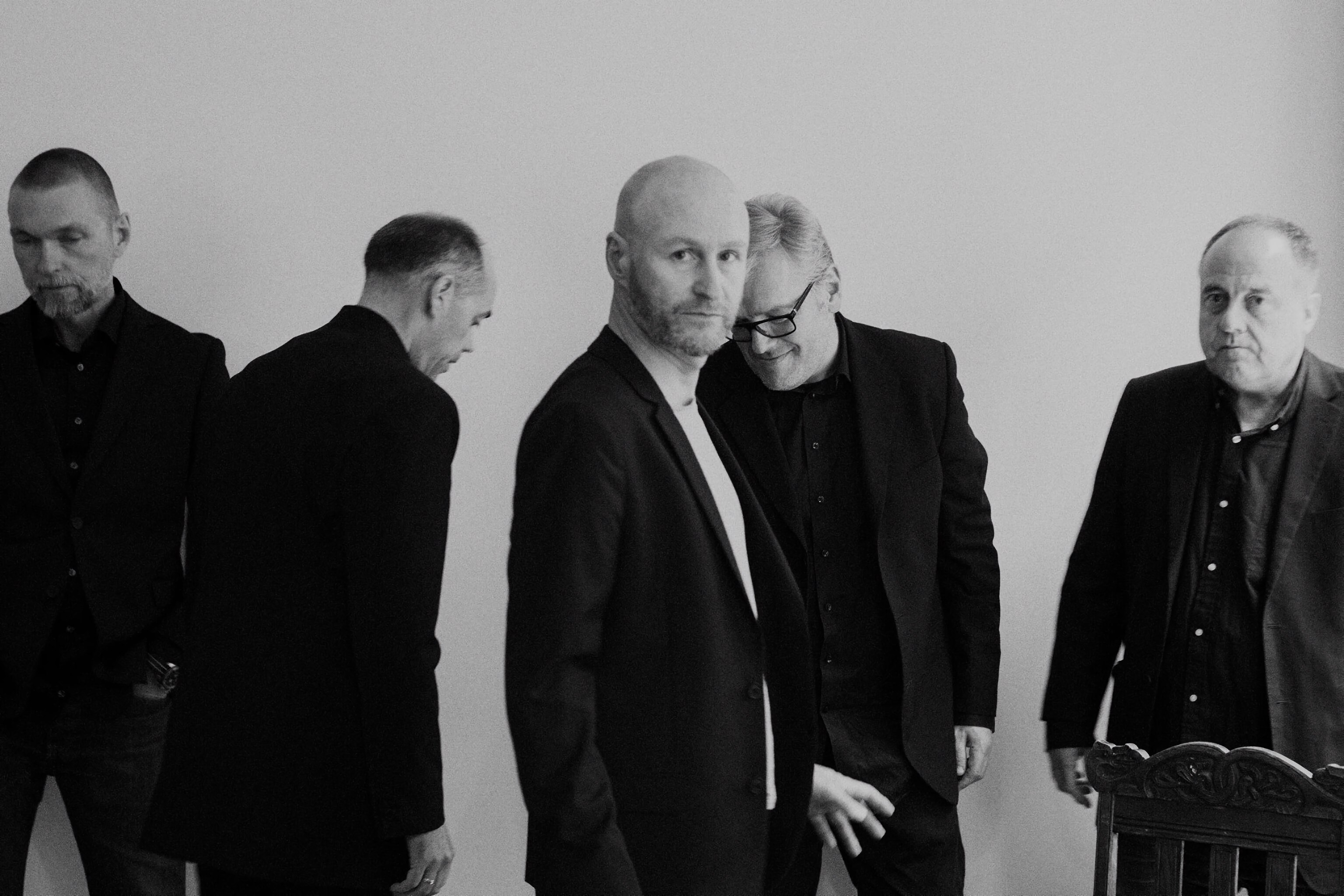 Norwegian-UK outfit Permafrost has announced their new single ‘Restore Us’, which includes the original version and two remixes. This will be available as of September 3 via the Fear of Music label with distribution by Secretly Noord.

We’ve become numb to endless conflicts and mountebanks posing as leaders. A figurative plague has divided us for most of the modern era. It took a literal one to bring us together, albeit in the darkest of ways.

One would be forgiven for feeling a little nostalgic for better times about now, and we’re long overdue for a hard reset. With ‘Restore Us’, Permafrost has just released what could be the theme song for the post-lockdown era.

Permafrost was formed in 1982 in Molde, Norway by Frode Heggdal Larsen and Kåre Steinsbu during the first post punk era, taking their name from a Magazine track. They released the ‘Godtment’ EP a year later. Robert Heggdal, Trond Tornes and eventually Daryl Bamonte, who had worked with bands like Depeche Mode and The Cure, rounded out the group.

In 2019, they released the ‘Permafrost’ EP to high praise. The well-received singles ‘Closed Eyes’ and ‘Femme Fatale’, both of which reached #1 on the Indie Disko Top40 and top 5 in the Deutsche Alternative Chart and the Native25 chart, were released earlier this year, spending several weeks at the top of many indie charts.

As industry veterans, their long arc provides some crucial perspective as we enter uncharted waters. In fact, ideas for the song have been germinating for three years, with it ultimately coming into focus over the past year. Both foreboding and optimistic, ‘Restore Us’ is less the battle hymn that is usually the stock in trade of the post punks, and more of a face-the-facts statement that it’s time.

The accompanying video’s footage was shot in 1987 by keyboardist Daryl Bamonte, during Depeche Mode’s Music For The Masses tour, with whom Bamonte was working at the time. It shows the energy and enthusiasm of a group on the ascent, in a country concurrently starting its slow decline into the new consumerism era, reaching its logical conclusion when a failed salesman would become president three decades later. A man forged in that epoch, with a commitment to a laissez-faire modus operandi and putting profits over people, became the glaring symbol of our ultimate undoing.

The film takes us back to a time when bands were embracing a "get in the van" lifestyle, while naively passing through the intestinal tract of the beast, getting their kicks on Route 666, during the unraveling of an American Dream that probably never was. As the song concludes, shifting from its dark minor key to one that is more sanguine, we also see oddly foreboding, shaky footage of an airliner.

The emergence from dark times presents opportunities if we take them. Restoration doesn’t have to mean going back to the time portrayed in the video. Were the "good times" really that good, or were we being fooled all along, ignorantly living in our bubbles? As we get back on the road, perhaps we should reconsider the route this time around. The recent reminder that the world is indeed very small and connected can also be an instruction to restore our humanity.

As of September 3, ‘Restore Us’ will be available everywhere online, including Spotify, Apple Music and Bandcamp, where their other music can also be found. It can be pre-saved on Spotify at http://smarturl.it/Permafrost-RestoreUs

They Fell From The Sky release new single