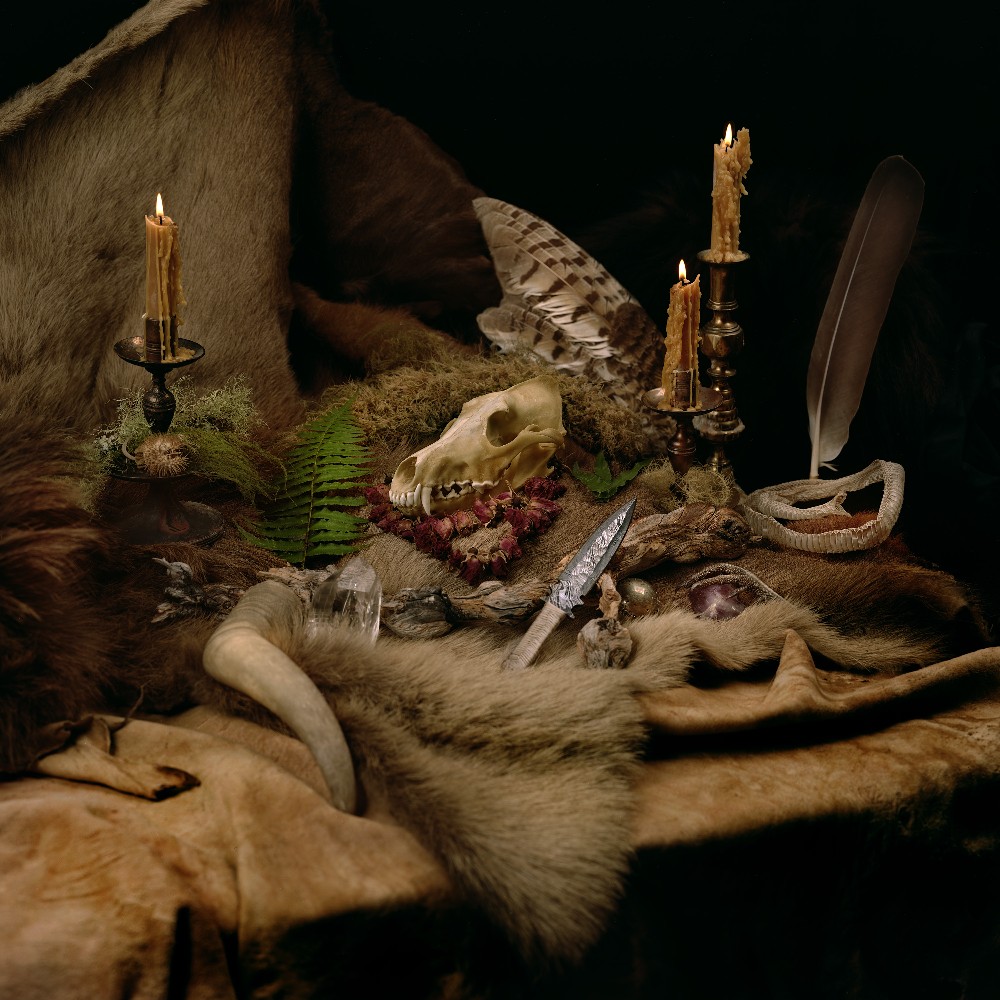 When you reach 46 you tend to confuse a lot of things. In my case, it was confusing Liturgy with Wolves In The Throne Room (WITTR) just because both are black metal. Specifically, "Celestial Lineage" (2011) merged in my mind with "Aesthetica" (2011), both of which I had listened to before, which influenced me to snatch "Primordial Arcana" because, as I said to our chief editor, "these guys write from Christian and Satanic viewpoints while being neither" (which is true of Liturgy). In truth, WITTR, essentially brothers Nathan Weaver (vocals, guitars) and Aaron Weaver (drums, percussion, guitars, jeyboards, vocals), are worshippers of nature in the very same way as the now defunct Agalloch with whom they share similar sound and lyrics. Aggaloch’s words "If this great panorama before me is what you call God then God is not dead" apply here beautifully as does the often melodic, generally aggressive yet sometimes melancholic music. However, unlike with Agalloch, there’s a sense of incompletion, understatement despite the closing instrumental.

According to Encyclopedia Metallum, the album’s title is a reference to the band’s ongoing reach back to the most ancient, archetypal energies. Apart from a third member (always a guitarist), from 2017, Colin "Kody" Keyworth, the band consists primarily of the Weaver brothers and employs guest drummers, keyboardists and bassists for live shows. This approach has worked from 2002 for 6 albums: "Diadem Of 12 Stars" (2006), "Two Hunters" (2007), "Black Cascade" (2009), "Celestite" (2014), "Thrice Woven" (2017) including the aforementioned "Celestial Lineage" but, for this album, the Weavers incorporated some classic death metal in the vein of Behemoth or Morbid Angel which is the very element that makes it fun to listen to as in the phenomenal crusher "Primal Chasm (Gift of Fire)" recalling very much Behemoth’s "Blow Your Trumpets, Gabriel". It is the absolute highlight of the album, and, even though the possibly even more powerful "Masters Of Rain And Storm" and slightly less deathly Nileistic "Through Eternal Fields" try very hard to be just as excellent they aren’t, with the rest of the tracks not as impressive even if a very good listen. This refers also to the "do it all yourself" production aspect which works impressively precisely for these three standouts, again, not so much for the rest.

I think the main problem is the too wide a gap between the deathly brutal black of the aforementioned and the atmospheric calmer numbers such as "Spirit Of Lightning" and "Underworld Aurora" which remind me of Dimmu Borgir’s "Störmblast" as well as the band Soulless whose latest album I reviewed a few months ago. The difference is a little disturbing and frankly kills the momentum for me. Another grating element of the album is the closing with the superfluous instrumental "Eostre" especially when "Masters…" provide such fine and sufficient closure.

As I listened to the new WITTR album I kept expecting something pulverizing, a kind of Emperor’s "Ye Entrancemperium" or "The Loss And Curse Of Reverence" (perhaps encouraged by the cover’s similarity to Watain’s "The Wild Hunt") which I admit was a hopeless hope since few albums can touch "Anthems To The Welkin At Dusk", but then I still tried to judge it "Primordial Arcana" on its own merits, in my view, arriving at a fair score. The album is solid and quite original black art but don’t expect a revelation. And definitely don’t listen with the above expectation. I’m still curious where Wolves will go after this one.