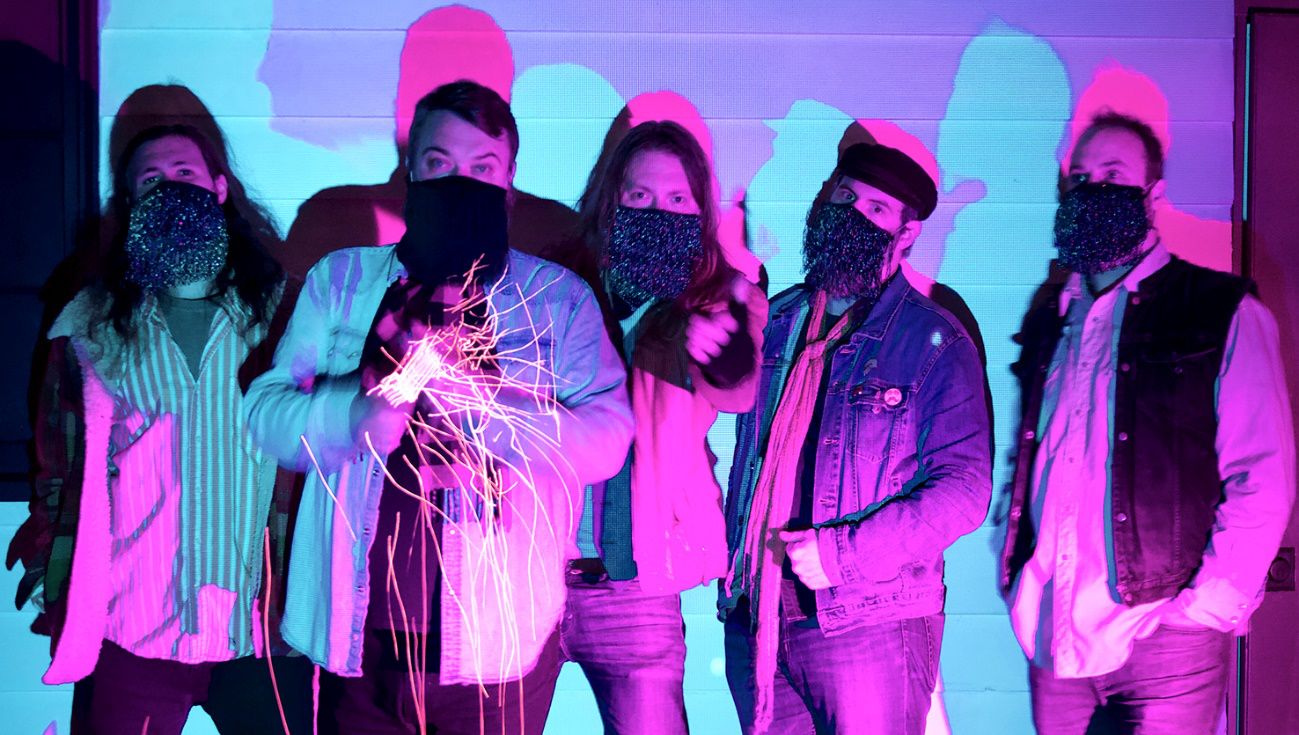 Earth III is the new album from Dust Mice, a 5-piece Space-Garage band from the Pacific Northwest. Analog synths, distorted saxophone and raw guitar combine with a driving rhythm section to deliver spaced out garage rock with influences from New Wave Sci-Fi, post-punk, and classic metal. Previous work includes 2 EPs and a digital single, which are all available (including bonus live tracks) on the Super Moon Fetus compilation.

Earth III is the band’s first full-length album and follows up on the themes introduced in their EP, Moon Fetus. The album was written while the band was actively gigging and the final form of many of the songs was worked out on-stage before tracking the album live. To get the layered, out of control sound Dust Mice hunkered down for a session of overdubs and extended jams. Those tracks were cut up and mixed throughout the album as sonic connective tissue, mimicking the chaotic sonic assault of a live Dust Mice show.

A previously released video for Choom Wagon can be seen here

Lyrical themes explore tales of wizard cults (MTN Wizzards), suicidal androids (Eye Make You Eye), the existential burden of living on a generation starship (Hepatitis X), and the self-mythologizing failures of American Imperialism (Choom Wagon, Sky King). This all comes together in a cover of Black Sabbath’s Solitude, interpreted as a charging space-garage celebration of humanity’s ultimate failure. The only note of hope comes from Desert Bus, an ode to psychedelic introspection and opening yourself to the majesty of the universe.