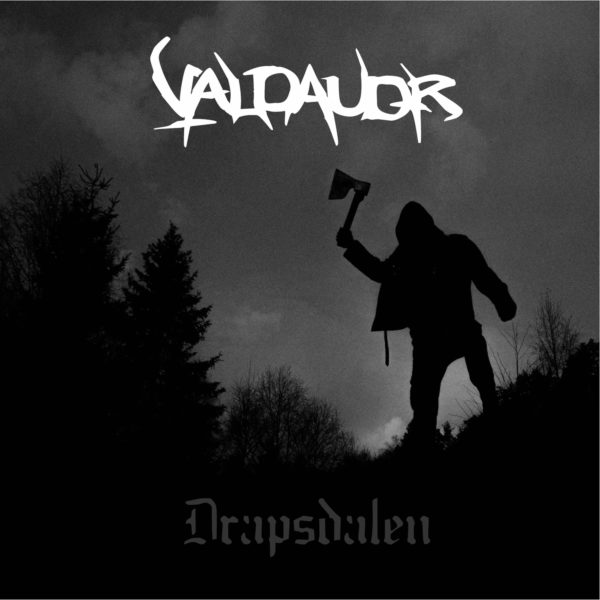 Time travel to the glorious nineties Norwegian Black Metal era with the epic debut album of VALDAUDR!
In 2000, guitarist Død (Blood Red Throne, ex-Satyricon) formed a Black Metal project named Cobolt 60 together with Mr. Hustler (original singer in Blood Red Throne). They released their debut through legendary HeadNotFound Records in 2002 and did one live show featuring Sanrabb from Gehenna on vocals. 10 years later, Demonhood Productions released their second album in 2012 and the band did three live shows that year before they decided to stop playing live and record albums only. Years went by and due to different reasons, Mr. Hustler left the project in 2018. At this point Død had already written four songs for a new Cobolt 60 album and they agreed that it was ok to use this material under a different band name. So the second singer of Blood Red Throne and also live bassist/vocalist in Cobolt 60, Vald, joined forces and VALDAUDR was born. This name is a combination between Død and Vald, with a norse twist to it.

Though the music is a continuation of Cobolt 60, VALDAUDR is something different as Vald has a totally different vocal style and even puts on some clean vocals here and there. It’s still old-school and primitive Black Metal, but with some folk elements and epic themes. Think of Darkthrone meets early Ulver meets Primordial. On their debut album "Drapsdalen" Rune Nesse (Taake – live) handled the drums and also took care of the mix. When C-19 ends VALDAUDR are ready to bring this grimness on stage!