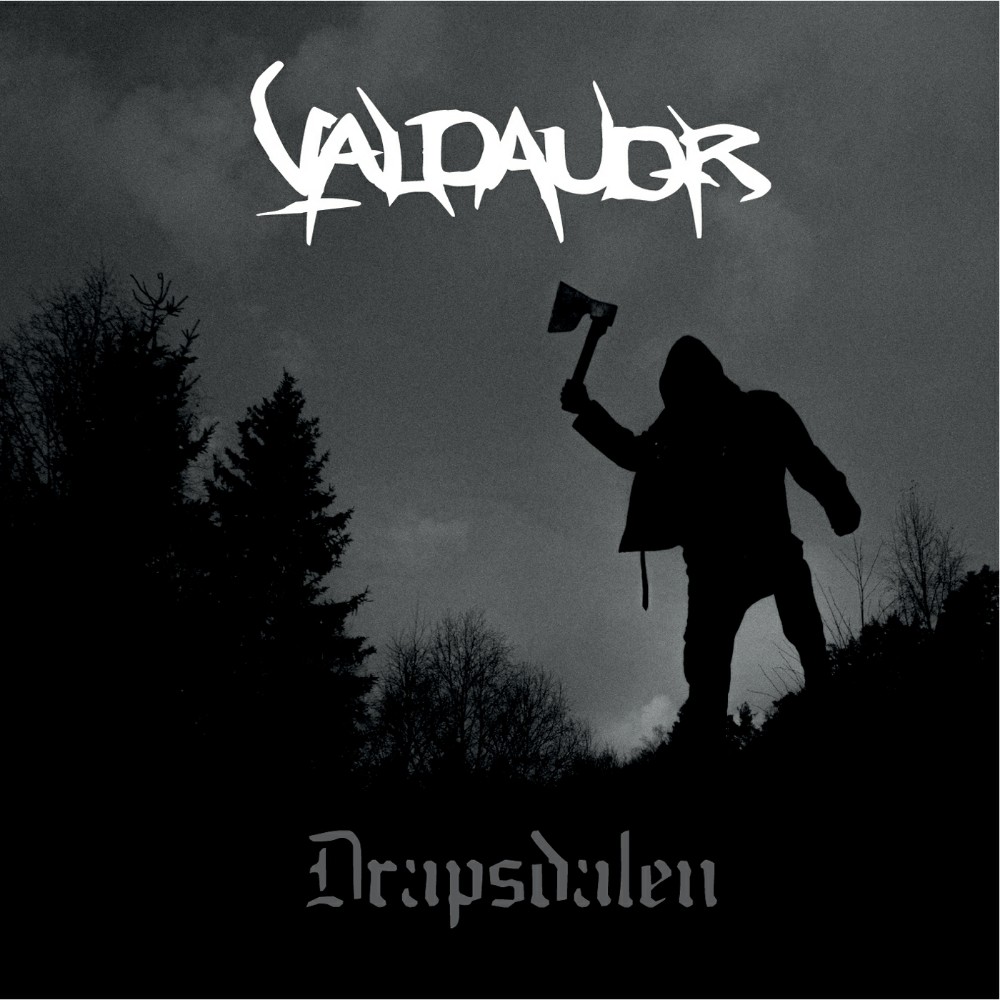 The musical journey of the incredibly prolific Blood Red Throne guitarist Daniel "Død" Olaisen continues, pandemic or not. While still at work on new Big City and Zerozonic albums he is already coming back around for another Cobolt 60 release, even though, according to his own policy, it is not due until next year. So it seems, because in all actuality Cobolt 60 is no more, Flemming "Mr. Hustler" Gluch (the original Blood Red Throne vocalist) gone for undisclosed reason(s). Undeterred, Mr. Olaisen, who has already written 4 new songs, reaches out to the other former Blood Red Throne vocalist (2005-2011), Osvald "Vald" Egeland and the two form Val-Død with a Norse twist to it resulting in Valdaudr. How does this old/new breed stack up against Cobolt 60?

For the most part, it is the same stuff, as traditional tracks such as the RAVEN CULTic "Du Vantro Og Vrange Slekt" or "Trass Og Vrede" (arguably the least interesting track) testify, but, on the other hand, the lean mean riff machine Olaisen’s tenure in Zerozonic influences his tendency for genre hopping by which I mean thrash, as in the fantastic SLAYERish "Den Evige Ild" with an excellent melodic chorus with clean HYPOCRISYic balladic vocals which also recall SOLEFALD or the near perfect epic closer "Kom, Bestig Vaare Fjell" which hugs EMPEROR’s "In The Nightside Eclipse’ and DIMMU BORGIR’s most extreme parts of "Enthrone The Darkness Triumphant". Of the two the former is my favorite only because it seems more coherent and that main riff is 1st class, the kind we seldom encounter these days.

Cobolt 40 was interesting and promising on "The Grim Defiance" (which I reviewed here, 4.5/6) but I am glad Død expanded the sound for Valdaudr although some tracks still sound a bit undecisive (thus the score). For most, though, there is a good balance between the brutal and the melodic best exemplified by the opening "Liket Skulle Vaert Brent" which is a very good transition track from Cobolt 60 to Valdaudr but I can already tell the duo wants to take this baby above and beyond the boundaries Cobolt 60 was kept in for this reason or that. Most importaintly, unlike with Cobolt 60, they WILL tour at some point so grab this and be sure to catch them later alligator!