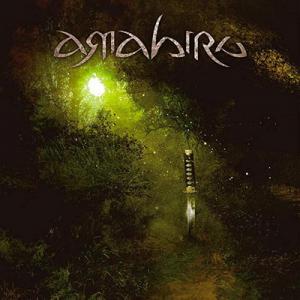 The international ensemble that is Amahiru, which includes the talented bass player Frédéric Leclercq (Kreator) in its ranks, recently released this musically intriguing 12-track record and offers an exciting blend of melodic heavy metal and power metal.

As the name of the band and the song titles suggest, there is an exotic, Eastern-tinged aura to the whole affair. Blistering solos, galloping riffs with Maiden-esque vibes to them, interesting twists, prog influences, and heaps of cool surprises throughout are essentially what you get here, but it also has an overall quality or a feel to it that is pretty damn appealing. Several guest musicians such as Sean Reinert (Death, Cynic) and Elize Ryd (Amaranthe) also appear on certain tracks and put their stamp on the tunes, and although some compositions are better and more impressive than others, there are some killer ideas present on the disc in general. On top of that, the sound is in your face and sharp. Although technically dazzling at times it only rarely veers off into any meandering territory. As to standout songs, the ridiculously catchy and borderline anthemic "WTTP" (which is probably what KISS would sound like if they were on amphetamine) and the slightly melancholic "Lucky Star featuring the aforementioned Ryd’s beautiful vocals are the ones to be on the lookout for and both of them offer a good glimpse of what "Amahiru" is comprised of. The album loses a bit of its momentum towards the end but hardly enough to get steamed about.

If you are on the lookout for a slab of melodically strong and muscular metal performed by a superb cast of musicians, try this one out and see what you think.