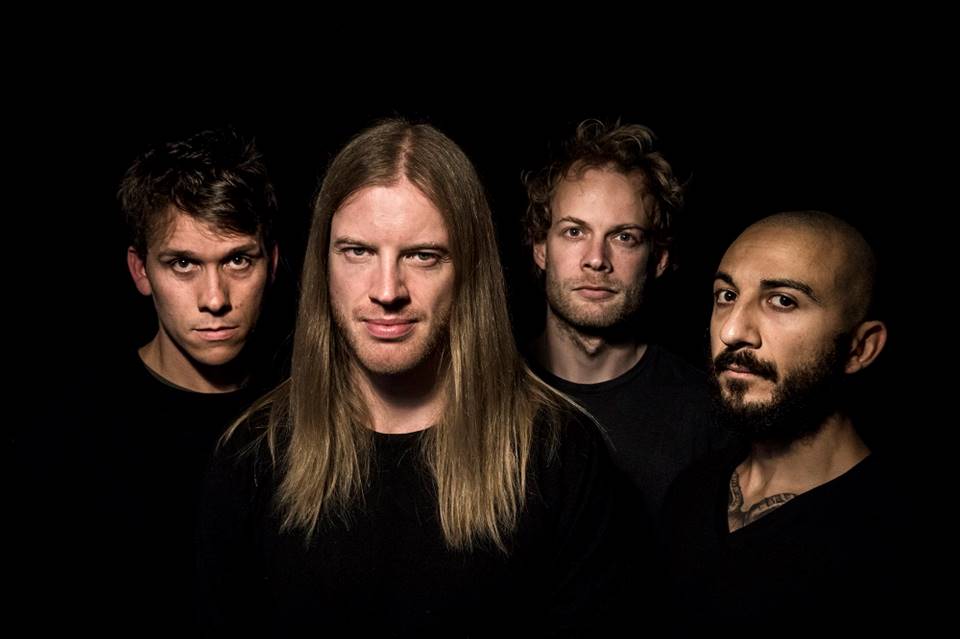 ‘Head Mounted Sideways’ is their first new music in two years following 2018s album, ‘Applause of a Distant Crowd.’ The song elegantly flows in and out of crushing riffs and hauntingly beautiful melodies all with the musical complexity that has become the hallmark of a VOLA song.

"The ‘head-mounted sideways’ is a metaphor for ‘looking the other way,’" says Asger Mygind. "I did not have any plan with the lyrics, but once I knew that they should convey anger, It was intuitive to talk about the decline of civilizations and not taking responsibility for the obvious decline. It doesn’t necessarily speak about Earth in 2020. What I felt was important to get across was the image of a world built on flawed morals, and how this world eventually crumbles and falls due to the cracks in the foundation."

Songs for the new album were written shortly after they returned from their 2019 headline tour across Europe, with a string of sold-out shows along the way. This capped off an incredible 2 years, which had seen them also tour with the likes of Dream Theater, Anathema, Katatonia, Haken, Monuments as well as show-stealing performances at Euroblast, Ramblin’ Man Fair, Radar Festival, Bloodstock, Damnation Fest, Tech Fest and more.

Previous album ‘Applause of a Distant Crowd,’ tackled society’s distractions from thoughtfulness and examined the way human relationships have evolved, also touching upon fear and anxiety, whereas their debut ‘Inmazes’ dealt with the struggle that came with being trapped in mental mazes. They lyrically entwine the exploration of behaviour and human nature with a deep character narrative.

"I think Steven Wilson was a big inspiration in pushing me in the direction of writing songs about "the person next door" rather than philosophy, mythology etc.," Asger continues. "I like when lyrics contain characters and situations that are easy to relate to, with a frequent use of everyday nouns. I think this is a nice way of "grounding" the lyrics, while the music itself might be very intangible, seeking an otherworldly vibe.

An obliterating war like heaviness opens the song, which then makes way for the lyrics; "We should let the mud consume this thing we built / 80 years of drooling turned to streams of filth / Wounds appearing underneath the skin we killed / Head mounted sideways to shun the guilt" culminating in a delicately haunting finale.

"We like contrasts, as it doesn’t just make it easier to create mood swings in the songs, but also the ability to change the point of view of the character that’s singing or being sung about," he says. "In ‘Head Mounted Sideways’ the point of view changes to one of the victims of the decline in the 2nd verse."

There is always an underlining cinematic aesthetic to VOLA that explodes in front of you upon listening to them.But it then entices you deeper within the rabbit hole, following the story further down into its veins.

Far From Who We Are – single/video premiere