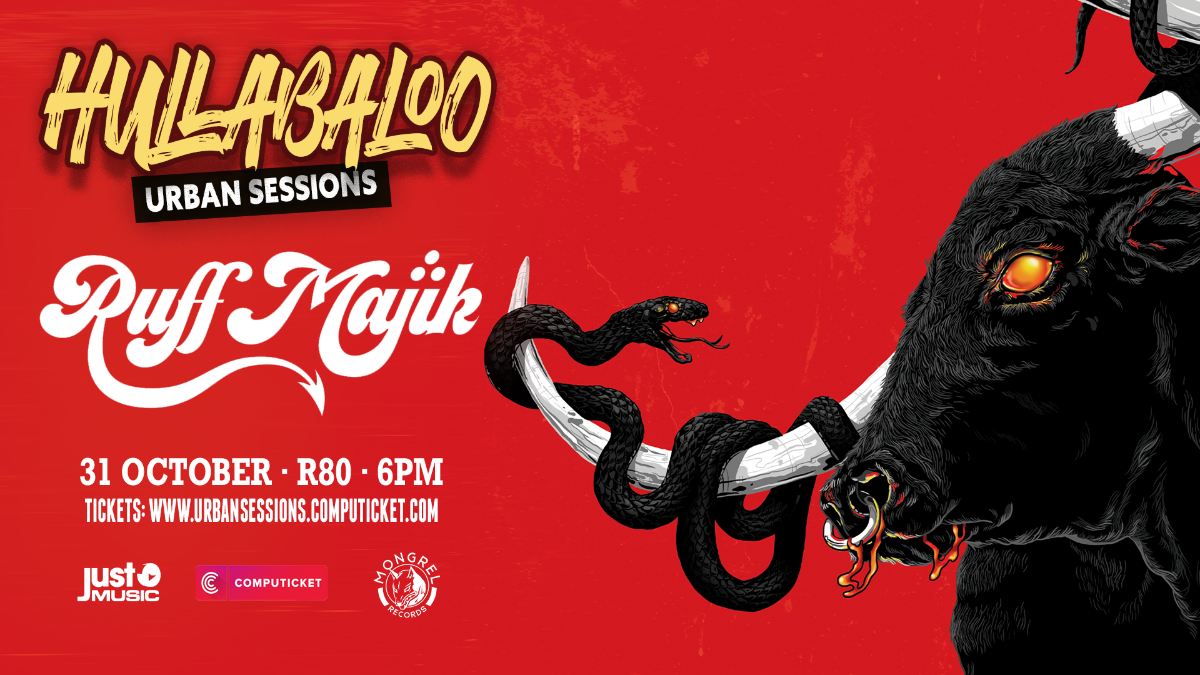 South African sludge n roll riff merchants Ruff Majik have announced details for their HULLABALOO Urban Sessions live stream performance taking place on the 31st October at 6pm CET. The show will be hot on the heels of the 30th October release date for their highly anticipated new album The Devil’s Cattle, the first with new label Mongrel Records.

"This is a weird year to bring out a new album, and an absolutely nerve wrecking time for artists. Yet, we refuse to go down without a fight.  So, on the 31st of October we’re bringing you a live stream of our new album, The Devil’s Cattle, a collection of dystopian hymns." – Johni Holiday, vocals/guitar.

Watch the videos for the first three singles from the album.
All You Need Is Speed
Who Keeps Score

"Ever imagined what Uncle Acid & The Deadbeats might sound like after inhaling a load of Wolfmother records, then downing a large pot of really strong coffee?" –  Classic Rock

"I’m beginning to pick up on a distinctive sound and style belonging to Ruff Majik and them alone." – Doomed & Stoned

"There’s an authenticity to Ruff Majik that is just as valuable as the other metallic exports from their homeland even though no amount of gold can buy it." – Invisible Oranges