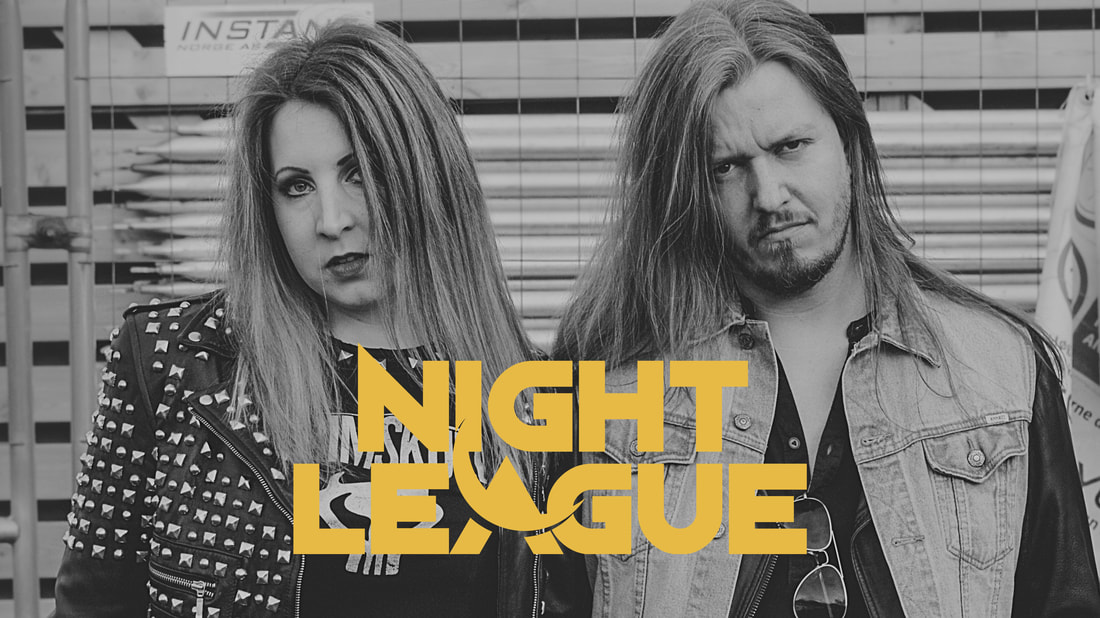 The power duo Night League has released a self titled album

Night League is a classic hard rock and heavy metal inspired duo from Norway with Marita Sundet Solheim on lead vocals and bass and Trygve Johan Solheim on lead vocals, lead guitar and additional instruments. Main inspiration for their sound and style is from the 70s and early 80s, and their goal is to take you back to the era when bands like Iron Maiden and Samson ruled the scene.

Inspired by, but not limited to NOWBHM, Night League will take the raw and unpolished style from many cult bands and albums that came to be in the period of 1975 – 1982. The band name “Night League” is inspired by the movie The Warriors, and so was their first song and single “Night League”, released April 1st 2020.

The songs on the album draw inspiration from various subjects, both metaphorically and literally. Based on common problems and
passions, festering virus and mass hysteria, betrayal and faith, hoping that something new and better will rise from the ruins. Their vision is to blend in with the music scene from their two favorite decades, and only the gritty and groovy tunes will do, staying true to the musical and lyrical style of the era.