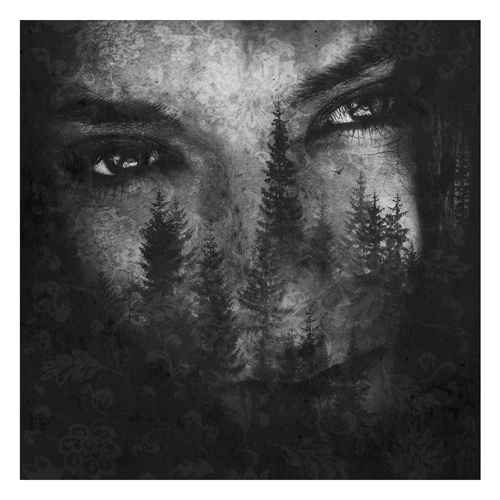 LUSTRE – The Ashes Of Light

There are albums which make one wonder why they were made, why they were released into the wide world instead of spending eternity stashed away on the artist’s hard drive. Such is the case with the Swedish ambient project Lustre and its 7th album, the subject of this review. Born in Östersund, Jämtland and persisting as a solo idea of one Henrik "Nachtzeit" (German for "Night time) Sunding, for 1 "Serenity" EP (2008) and 6 full lenghts: "Night Spirit" (2009), "A Glimpse Of Glory" (2010), "The Awoke To The Scent Of Spring" (2011), "Wonder" (2013), "Blossom" (2015) and "Still Innocence" (2017), Lustre mixed ambient and black metal in pursuit of dreamy inoffensive soundscapes, slowly eliminating electronic guitars and thus efectively removing black metal.

On "The Ashes Of Light" the transformation from an ambient black metal project to an ambient project is complete. For all intents and purposes the album is 6 tracks of keyboards and samples, with long, repetitive compositions based on 1-2 melodies, such as the decidedly least compelling 10+ minute opener, Part 1 (Eyes Like Stars), where you will murder for a change, or tracks which sound like each other’s twins such as the pair Part 2 (A Silent Tale) and Part 4 (The Empty Black) or the aforementioned opener and the closer Part 6 (Lamentation at Dawn), with the only memory of black metal the raspy screams. In this very dreamy but frustratingly boring soundscape one track, Part 3 (Like Music in the Night), shockingly sporting more variety and even ebbing and flowing a little bit, has a potential of being something more than a mere afterthought of the reviewer’s active mind.

What was the point of releasing such a lackLustre effort I’ll never know, but what I do know is that this is hardly something I can recommend to a fan of rock let alone metal music. Perhaps, if one day I have a toothache, and unable to timely attend to a dentist due to the shortcomings of Polish socialized medicine, I might become desperate for a quick fix and play it, but I don’t see another compelling reason for keeping this on my hard drive beyond such an extreme and unlikely emergency.