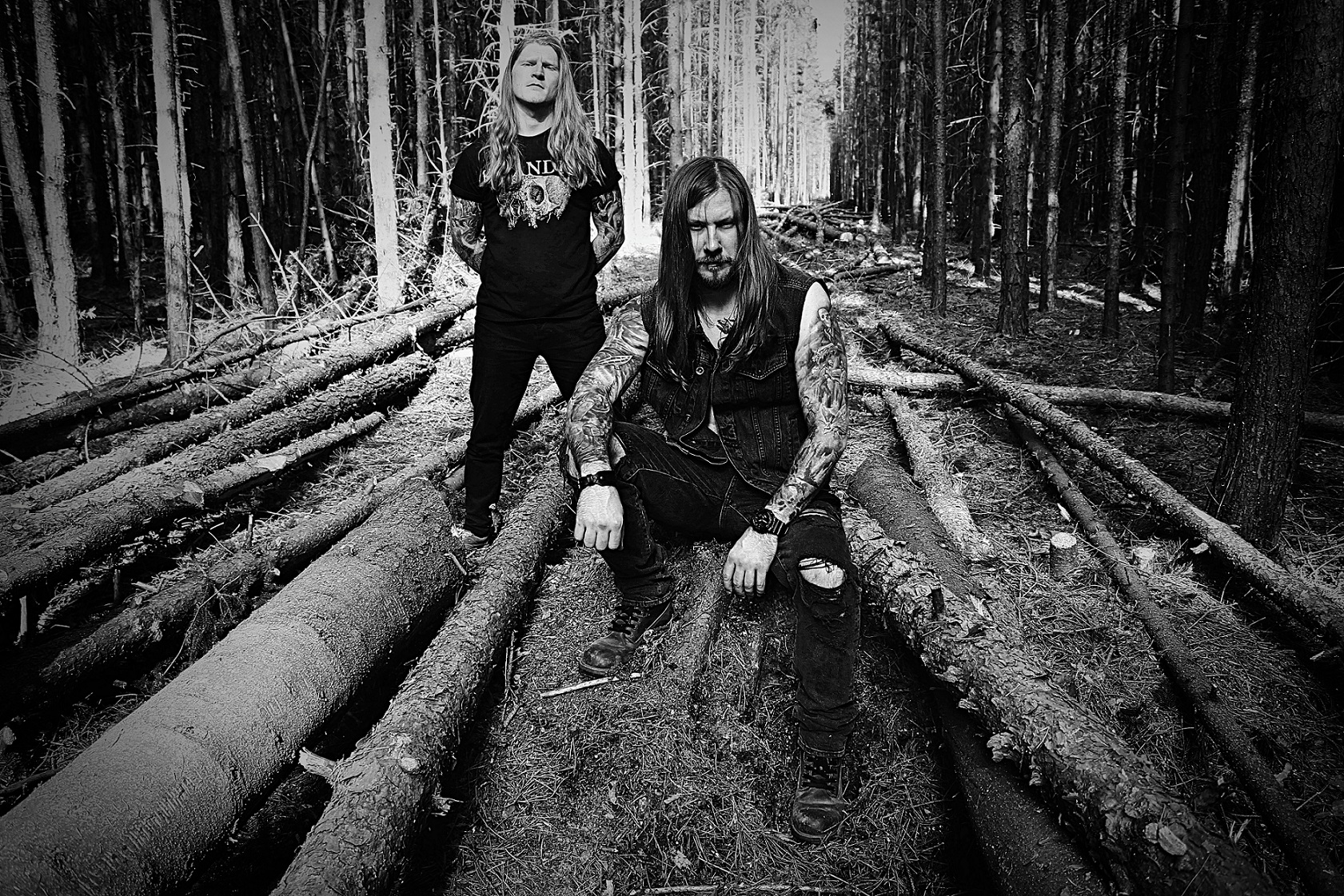 "Spellcrying Machine is the apex of our years-long work, our passion for music and for everything that we create. It is a wordless meditaion on the irony of contrary things. When something glittering manifests itself as a model of beauty claiming the throne of aesthetics while under the shell it’s drowning in filth, hypocrisy and cheap illusion tricks, we’d rather trust our soul to something flawed, raw and still yearning for perfection. Crying out loud our spell: Raw Is The Law!"
The Biography
One  does  not  always  need  words  to  convey  a  story. If there’s anything thatinstrumental progressive metal duoESSENCE OF DATUM prove, it’sthat the power of music can do just that. ‘Spellcrying Machine’, the band’s third full-length, is set for an August release on Season of Mist and is bound to open up theircreation to a wider audience.

ESSENCE OF DATUM was formed by guitarist Dmitry Ramanouski in 2011 in Minsk, Belarus.  After  recording  the  first  demos,  the musicianwas  joined  by  drummer Pavel Vilchytski who quickly became an irreplaceable part of the bandasthe manbehind the machine-gun rhythm section.

From the very beginning, the project was meant to bepurely instrumental, thusnot  giving  the  listener  verbal  or  lexical  means  to  comprehend  or  interpret  theconceptual  universe  of the music.Providing  fans  with  mere  hints hidden in  the artworkandtrack  titles,  the musicianschallenge  the  listener to  use  their  own imagination toexplore the universe that ESSENCE OF DATUMcreated. Each album is part of a larger, fictional universe and ultimately, everything is bound together in one single story.
In  2013,  the  journey beganwith  the  release  of debut album’Event  Horizon.’ ESSENCE  OF  DATUM  paint there a  pictureof  a  surrealistic  worldby  means  of soaring guitar melodiesand groovy rhythmswith  an  unbelievable  technical precision. The  secondfull-length’Nevermore'(2017)openeda  new  chapterin which  the  ESSENCE  OF  DATUM  universe was  tainted  by  war,  struggle,and  fear, transformed by the band into powerful songs with melodic grace.
Set  against  the  backdrop  of a  post-apocalyptic  world, the band’sthird  record, ‘Spellcrying  Machine’, synthesizes  the  best  of  extreme,  modern  metal  into  an elegant  and  articulate  whole. ESSENCE  OF  DATUM invites  you to  explore their universe.