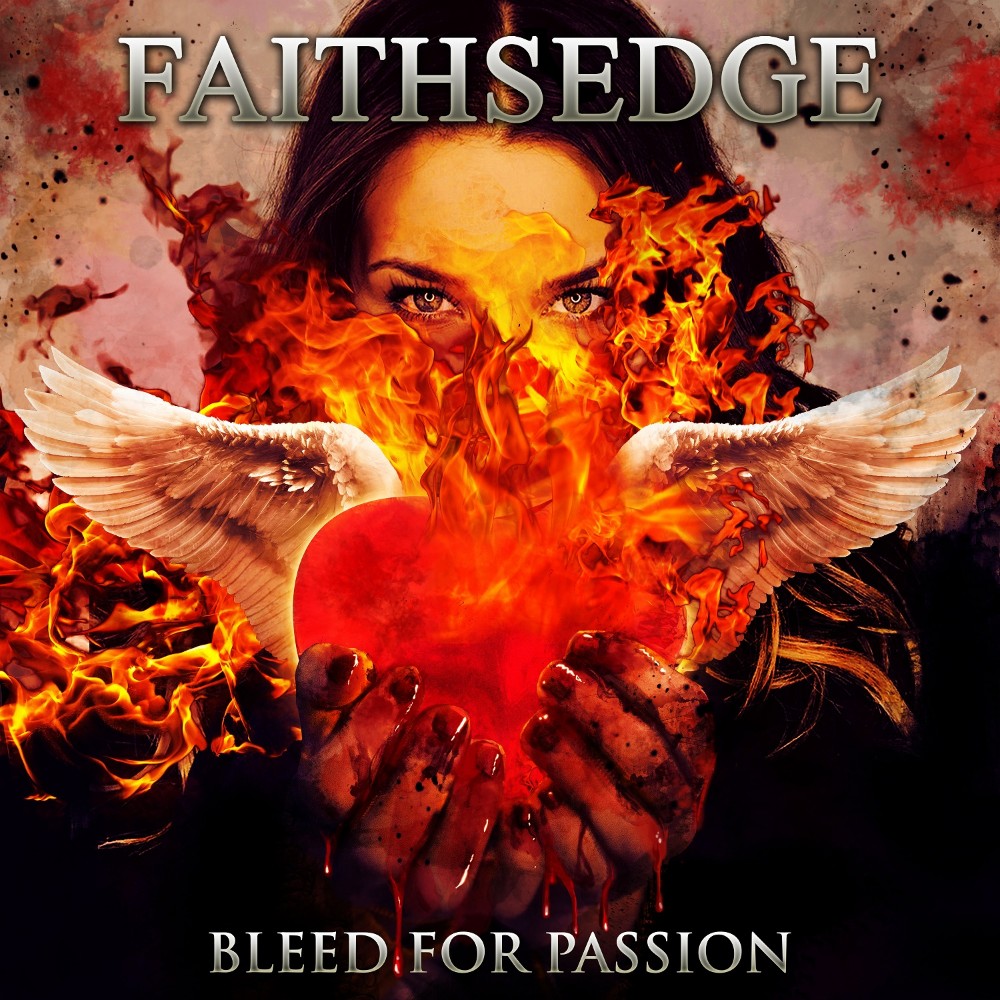 The 4th album from the Californian hard rock ensemble brings back the spirit of the "hair metal" and the hard’n’heavy days of Def Leppard, Guns’N’Roses and Van Halen, with excellent musicianship and good, if inconsistent songwriting.

Faithsedge was focused on hard rock "hair metal" of the 80s and early 90s since their 2009 inception, but the frontman, main guitarist and songwriter, Giancarlo Floridia, experimented with different aspects of this sound on the eponymous debut (2011), "The Answer Of Insanity" (2014) and, especially on "Restoration" (2016). But being, as he doubtless is, an excellent instrumentalist and very good vocalist, does not always naturally transfer into good songwriting. Faithsedge albums are full of excellent riffs and solos, less often a really memorable melody or a hook, but Giancarlo, try as he might, is not as effective songwriter as Joe Elliott (Def Leppard) on "Hysteria", William Bruce "Axl Rose" Bailey Jr. (Guns’N’Roses) on "Use Your Illusion" or David Lee Roth (Van Halen) on "1984", to say nothing of Bon Jovi, although Faithsedge is nowhere as bad as Mötley Crue. But he can pleasantly surprise, as on the atypical and lyrically creepy revenge anthem "Let You Breathe" (Restoration). Although I never considered myself a fervent fan of his band or his music, I downloaded this new promo expecting significant improvement in songwriting and I am happy to report some improvements have been made.

The renewed focus on melody and hooks was a two edged sword for Giancarlo. On the plus side, clearly, he wanted to reanimate the corpse of the late 80s/early 90s and not just of hard rock, but also more "commercial" metal such as Metallica’s eponymous or Megadeth’s "Countdown To Extinction", "Youthanasia" or even "Cryptic Writings" (that last one actually late 90s). Indeed, some of the riffing and rhythm and drum patterns recall "Symphony Of Destruction" or "Trust" or "Secret Place" (Angelic). That last one is more than coincidental, considering that it was inspired by Doken, the band current Faithsedge guitarist, Alex De Rosso, used to be in. Nor does the addition of Christian metallers’ Stryper former bassist, Timothy Gaines or Matt Starr (Mr.Big/Ace Frehley) surprise regarding the general vein of "Bleed For Passion". As a result, we get to enjoy solid songs such as the aforementioned "Angelic" with its Anthrax-ian chorus recalling Joseph "Joey Belladonna" Bellardini’s vocal stylings, or the favorite AC/DC-ic "Acceptance", the slightly progressive "Through The Scars" with some of the riffs recalling INXS’s classic "Need You Tonight", and finally the ballad-ic, bluessy Guns’N’Roses-y "I Know I Need To Let You Go" with excellent lyrics about toxic relationship with a narcissist, all of those tracks littered with fantastic solos. These are all examples of how Giancarlo really grew as a songwriter and they are all found on the 1st half of the album.

On the negative side, which might as well be a moniker for the 2nd half, "Bleed For Passion" exposes Giancarlo’s inability to write consistently interesting and varied songs. Starting with the "Eldorado" Iron Maiden-ish "Girl When", the songs get worse in a sort of reverse Fibbonaci sequence mimicking the law of diminished returns whereby each subsequent track is a little worse than its predecessor. There are moments where, say, you have an excellent verse riff a’la Anthrax’s "Medusa" which gets completely buried in oblivion (pun unintended, Into Eternity) by a mediocre chorus (Sky). They also make plain another aspect, until now, hidden somehow in the mix – Giancarlo vocals rarely fit the music, and sometimes they seem to be the opposites. Thanks to Alex De Rosso’s mix, either by Giancarlo’s or his own direction, less likely by an accident of birth (pun very much intended, Bruce Dickinson), the vocals are audibly higher in the mix which, at times, becomes downright painful to listen to (Bleeding With The Memories). Have we listened to this enough before releasing for general consumption?

Having not set my expectations too high for "Bleed For Passion" I was both, pleaseantly surprised and disappointed with it. Giancarlo is clearly growing as a vocalist, instrumentalist and a songwriter but the vocalist seems to have grown faster, or, perhaps, higher than his music. The reconciliation of the aforementioned disparities should be the subject of the next record, and, how about crossing over to other genres for added excitement?

BEASTMAKER – Eye Of The Storm