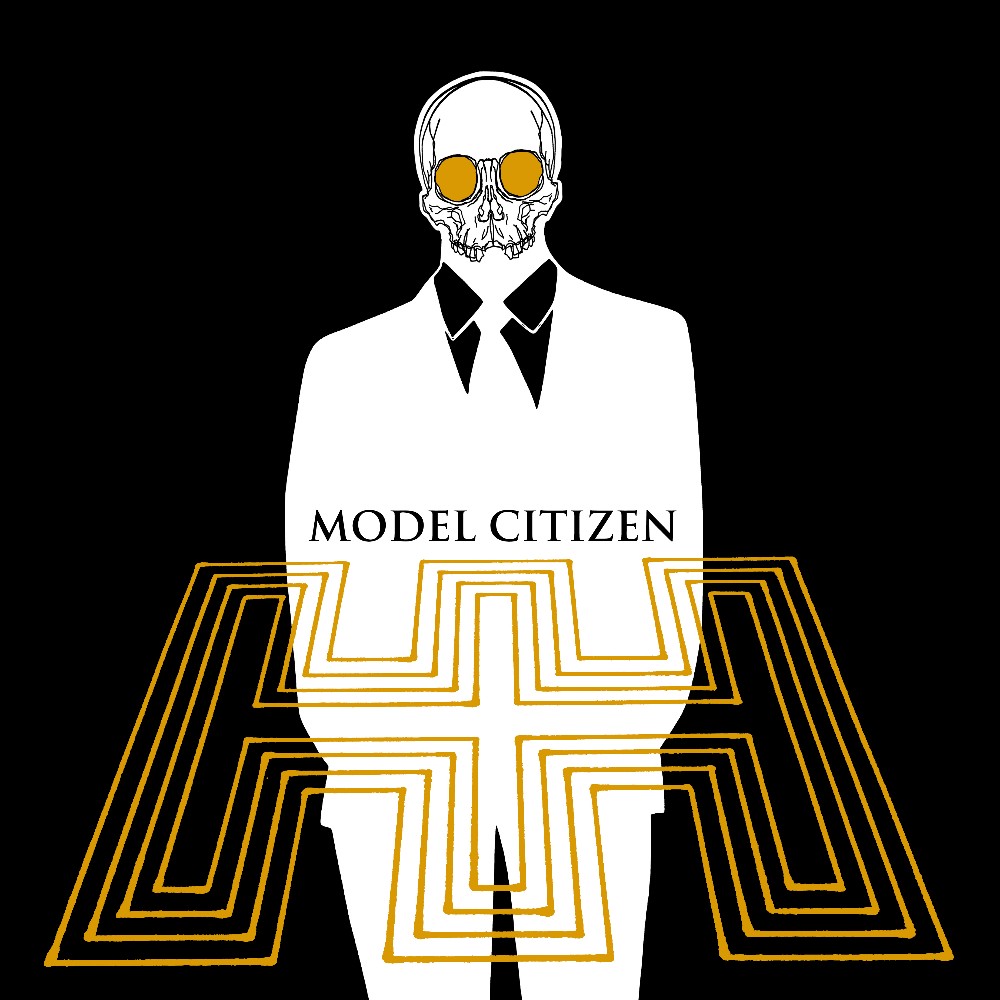 On their third installment, the Canadian sludge/industrial/punk/blues/alternative (insert a genre) ensemble offer excellent music which defies easy categorization, but is definitely heavy metal, for one of the most original albums in recent memory.

What if every artist threw caution to the wind and just wrote and recorded what’s in their heart? We’d get train wrecks such as Megadeth’s "Risk", Metallica and Lou Reed "Lulu" or Machine Head’s "Catharsis". On the other hand, we’d get Soundgarden’s "Superunknown", Corrosion Of Conformity’s "Deliverance" or Mastodon’s "Blood Mountain". These are albums which took fans by surprise, eliciting a polarity in feedback: utter hatred to utter awe. Yet it is works like those which paved the way to Hammerhands’ "Model Citizen". I feel there will hardly be people ignoring it and they will, again, either hate it or love it, which is often (not always) a sign you are dealing with something remarkable, if not a work of a genius. At least, that latter feeling is I get when listening to it.

Obviously admiring albums such as Nine Inch Nails’ "The Downward Spiral", Marilyn Manson’s "Antichrist Superstar" and Nailbomb’s "Point Blank" (just to name a few), the quartet featuring Collin Young (guitar, vocals), NJ Borreta (guitar, cello, viola, vocals), Jon Galletly (drums, vocals), Justin Hunt (bass) already pays homage to oddity and non-conformity for the first 3 tracks, whereby the listener is lulled into a false sense of security that he or she "gets" this album. Already, though, "I’m Not Here", recalling Opeth’s "Sorceress" rhythm, throws a little wrench into the familiarity of this record, especially with its Biohazard-ish riffs toward the end but it is the phenomenal "Too Many Rivers", an industrial and Depeche Mode-ian bluessy dirge turned heavy metal with thunderous Mastodon-ic riffs atop Barren Earth – like melodicism and Machine Head-ian soloing, which truly shows the Canadians on top of their game. Another standout is the punk-ish Black Flag-ish "That Awful Sound" which reveals Collin’s and NJ’s fascination with David Howell "The Edge" Evans (U2) as you realize this was the case right from the opener "Pleasure Island". That, and James Marshall "Jimmie" Hendrix, and I’m not even close to kidding. These guys know their instruments better than some men know their own wives! As "That Awful Sound" reaches its climax, psychedelic, creepy fireworks/church bells sample ends the track and creates a false impression of closure, but acoustic ballad-ic strumming of the incredibly mournful "Not In The Cards" snaps you right out of it.

Another characteristic, which likewise have been evidently present all along becomes clear: the vocals, which are incredibly unique blend of Dave Mustaine’s (Megadeth), Lawrence Matthew "Robert Conrad Flynn" Cardine’s (Machine Head) and Pepper J. Keenan’s (Corrosion Of Conformity) combined snarls along with…Leonard Cohen’s as this particular track strongly recalls "Dance Me To The End Of Love", but echoes Dire Straits’ "Brothers In Arms", Metallica’s "Nothing Else Matters", Black Sabbath’s "Planet Caravan" covered by Pantera as well as U2’s "Love Is Blindness". It is another beautiful testament to Hammerhands’ versatility and skill. They saved the best surprise for the closing with the black-metally named "Bastard Jesus", a combination of Katatonia-n melody and Ennio Morricone-ian atmospherics, the main melody similar to Iron Maiden’s "If Eternity Should Fail". And then that really is the end of it.

There are a few issues I have with this otherwise brilliant and fiercely original work. Firstly, "That Awful Sound" should have been the last track, as much from its own substance as from its ending, a fabulous way to finish, wasted. Secondly, the track "Dad Sludge", while hardly a filler, feels safer and rushed in comparison to the rest. Thirdly, I would love to have another track there somewhere that would really get crazy jazzy/bluessy/whatever-y. But you can’t have it all and there’s always the next time.

Hammerhands blow rock convention out of the water the way Soundgarden, Corrosion Of Conformity and Mastodon did with their respective seminal works. On "Model Citizen", they prove that arists should take risks and that it could play to their strengths. This album will one day be regarded in one breath with Soundgarden’s "Superuknown" or Corrosion Of Conformity’s "Deliverance" or Mastodon’s "Blood Mountain", and you heard that here first. Buy it today while suplies last.