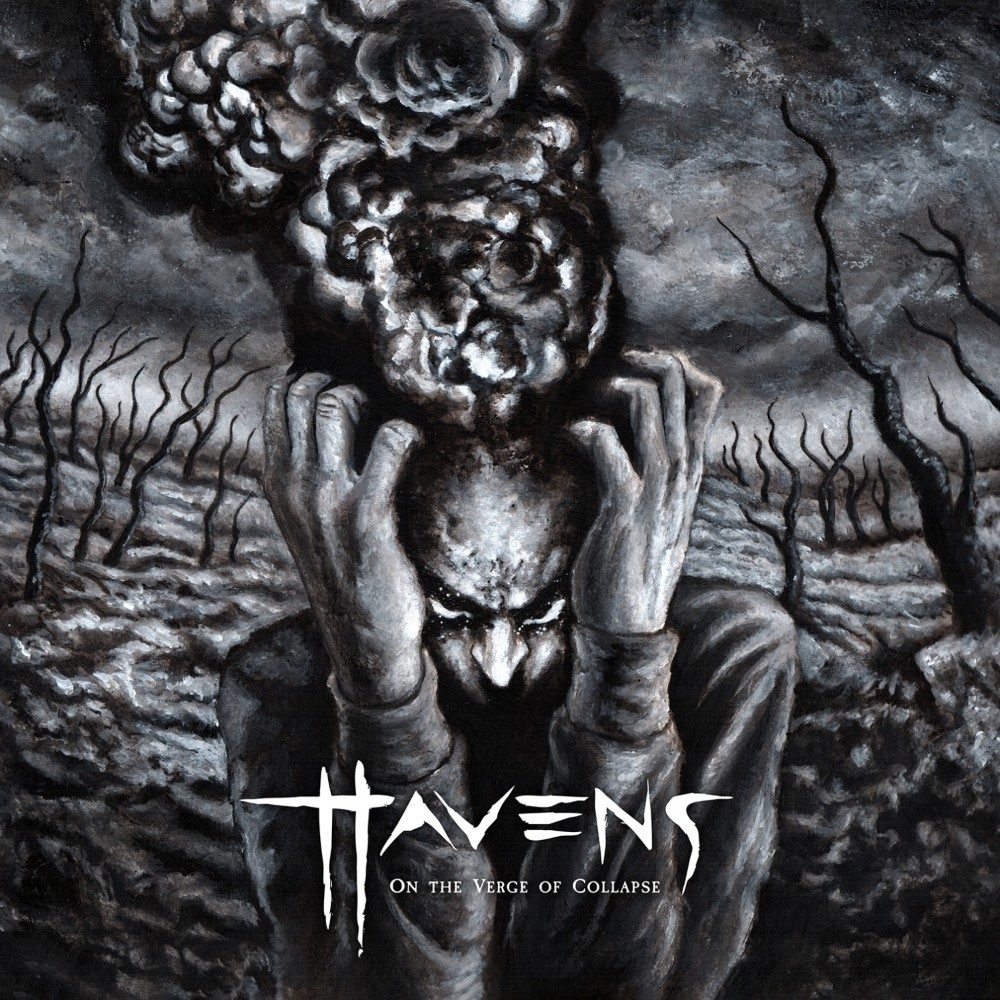 HAVENS – On The Verge Of Collapse

Inspired by Philadelphia’s Fairmount Park, subject of Edgar Allan Poe’s writings, Daniel Donahue created 5 tracks of black metal fighting for primacy with hardcore and post-rock, in which endeavor he most resembles Alcest as much as his fellow countrymen Between The Buried And Me. While the black metal is serviceable, Daniel’s post-rock and hardcore songwriting is a thing of true beauty, if only to mention the closing "The Storm Within" recalling Killswitch Engage’s or Unearth similar endeavors. But my favorite is "The Vanity Of Human Wisdom" which marries the original Dimmu Borgir’s "Stormblåst" to Cradle Of Filth’s "Cruelty And The Beast" for melodicism and power only to transition into a ballad-ic grace, gradually rising epicly and so ending. These two tracks showcase Daniel’s knowledge, skill’s and abilities most prominently.

With so much delicate acoustic strumming I am surprised at a separate all-acoustic instrumental (Detachment), especially when followed by part-similar title track, which also emphasizes Havens’ more hardcore side. The material being Daniel’s 2nd studio effort and, as far as can be known, his debut full length, his structural flaws and irregular rugged pacing can be and are forgiven but I don’t find this mix of styles consistently convincing.

Havens is a good band, Daniel Donahue is a capable intrumentalist, (hardcore) vocalist and a decent songwriter and "On The Verge Of Collapse" is a good, sometimes very moving, record. Because Daniel clearly is more effective at creating gorgeous, peaceful acoustic music rather than the aggressive black metal I suggest to decrease the black metal influence and orient future endeavors more on post-rock/hardcore, for better results.