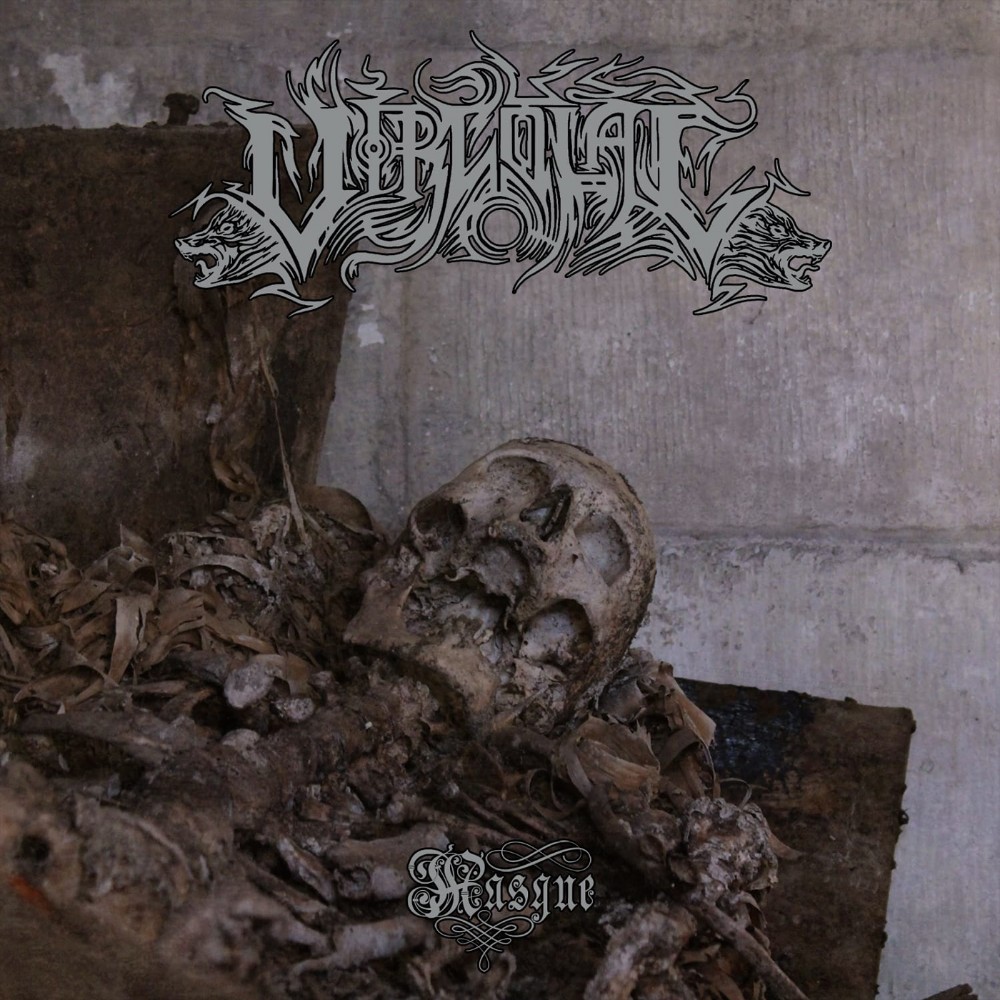 Vircolac means "werewolf" in Romanian, but why should it be since this death metal ensemble is Irish? Nor are any of the Vircolac members, Darragh Laoghaire (vocals), Brendan "BMC" McConnell (guitars), Jason "JK" Keane (bass) or Colin "NH" Purcell (drums) remotely Romanian, so where did they get that particular inspiration? That must remain a mystery, just like mysterious is their debut, this here, "Masque", what with the title like that. Fairly new on the market (formed in 2013), they have only released one EP, "The Cursed Trevails Of The Demeter" (2016) before the subject of this review. What can you expect?

You can expect a solid atmospheric technical death metal in the vein of ancient Autopsy, Goreguts and Gorefest with a fair amount of Deathspell Omega-ian black metal for good measure. While there are several great tracks on the record, of which the longest are the best, the opening "Titan" is the most impressive and coherent, with distinct ancient Tiamat/My Dying Bride-ian melodicism, but the ballad-ic Mastodon meets Ulcerate "So I Hang From A Wretched Tree" is not far behind along with the "Masque (Of Obsequious Venality)" which recalls Entombed’s "Wolverine Blues" and Novembers Doom’s "Of Rue And Fire" syncopation, to say very little of the melodic My Dying Bride-ian, ancient Paradise Lost-ic, classicly Morbid Angelesque doom/death of "The Long Trail". Were there nothing but such quality throughout!

On the other end of the spectrum, the end that weights it all down to 4/6 in the end is frequent use of, in my view, nonsensical "death for the sake of death" pummeling Morbid Angel patented on the very overrated "Altars Of Madness". It would not be such a big deal were not Vircolac inserting it right in the middle of a hook totally killing the vibe (Tether & Wane). Also the shorter tracks (thanfully the shorter) tend to be simpler and even boring (Snake Among Man) despite some interesting parts, and, again, why not make the decent instrumental "End Of A Beginning" a part of preceding "The Long Trail" instead of going for a separate "epic" end of the entire act?

In the end, Vircolac gets most of its appeal from the use of an eerie, ancient death metal atmosphere recalling such albums as Tiamat’s "The Astral Sleep" or Amorphis’ "Karelian Isthmus" but their songwriting, as on most debuts, is inconsistent, with shorter tracks losing the momentum. There’s passion, there’s devout execution and potential for greatness and I suggest you take a closer look at longer tracks such as "Titan" or "The Long Trail" for future development. They are here and we have noticed.