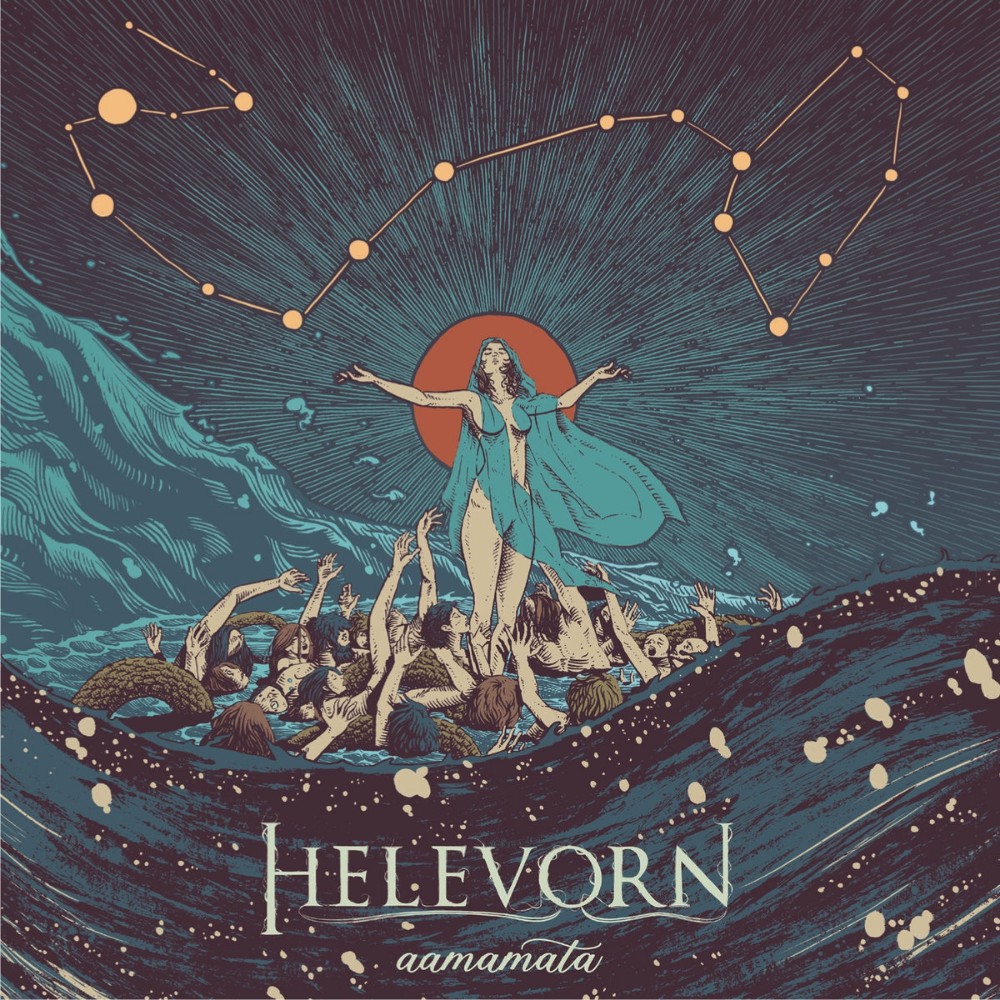 The Spanish melodic doom/gothic ensemble named after a lake in Tolkien’s "The Silmarillion" have been around since 1999, this being their 4th album, so how come they went under my radar for so long? Melodic doom is one of my favorite metal genres so there’s no excuse for that, Eddie, especially when a band has talent, skills and songwriting abilities that come out of their ears! I don’t care if the sextet, featuring Josep Brunet (vocals), Samuel Morales (guitars), Sandro Vizcaino (guitars), Enrique Sierra (keyboards), Guillem Morey (bass) and Xavi Gil (drums), is "not discovering something new" as they humbly claim, when the music is this good, with excellent production courtesy of Miquel A "Mega" Riutort and mastering by Jens Bogren at Fascination Studios, who cares about originality!

While the first album, "Fragments" (2005), seems inaccessible online, they had likely already then begun distancing themselves from the standard gothic doom metal formula they started with on the "Prelude" demo (2001) while incorporating more ebbs and flows that were closer to, but not quite doom/death metal. From their bandcamp page, if you familiarized myself with the second (Forthcoming Displeasures, 2010) and third (Compassion Forlorn, 2014) installment you’d be able to appreciate their evolution. Especially the latter introduces a much heavier sound as well as growls, both making them sound closer to My Dying Bride than latter Katatonia, and you’d see how fast they developed the songwriting skills that make "Aamamata" such a pleasure to listen to despite, admittedly, wearing their main influences right on their sleeves.

True, right from the opener you can hear that Paradise Lost is among their favorites, as is Anathema and My Dying Bride, but the way they combine those three, similar yet different Peaceville legends, is to die for, especially with titles like "Goodbye, Hope" where lyrically foolish men choose death over freedom, this favorite track a marriage of Paradise Lost’s "Forever Failure" and Anathema’s "The Silent Enigma", two of my all time favorite doom metal songs. How about "Aurora" which starts with a sitar and female vocals to usher in great Swallow The Sun/Draconian/October Tide melody, great thunderous drums with Novembers Doom’s riffs all of which seemingly an excuse to feed you melody after melody after melody in consistent sonic torrents. Or could really "Forgotten Fields" be my favorite – with Swallow The Sun/October Tide melody, Anathema clean bridge, Amorphis-ian progressions and Isole’s climate of total despair, the ending piano melody and riff recalling Paradise Lost’s "Dissapear". Just these three fantastic tracks reveal progression even beyond "Compassion Forlorn" (all three, interestingly, just in the first half of the album) while, at the same time, revisiting even some of their most distant past as in "Nostrum Mare (Et Deixo Un Pont De Mar Blava)" one of two tracks written entirely in their native Spanish.

What possible flaw could "Aamamata" contain to not merit at least a 5.5/6 score, since we already know it’s not the production? Once the magnifiscent "Forgotten Fields" fades out, Helevorn seems to take the foot off the accelarator. Compositions gradually loosen their grip on the heart, so tight with their predecessors, and while the My Dying Bride-ian Paradise Lost of "Once Upon A War" and "The Path To Puya" are both excellent, the closer "La Sibil·la", the second Spanish song is just above average, in comparison.

"Aamamata" is an excellent album with excellent to fantastic songs, full of wonderfully executed ideas and enchanting melodies all around. Performances are impeccable and so is production, but I wish Helevorn maitained the songwriting quality throughout the whole record. Nevertheless, I recommend this record to all doom/gothic, and even doom/death fans and I predict that their next record will deserve the perfect score.