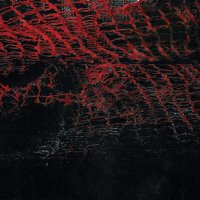 On their fourth and final album (according to Encyklopedia Metallum they split-up after this release) Knelt Rote unleashes such a ferocious slab of extreme industrial grindcore/death/black laced with thrash metal that it almost makes me think it ought to be illegal, seven tracks of some of the most extreme and truly savage metal you’ll ever hear. I do not normally enjoy metal at this insane intensity but there is clearly a method, a machine behind this madness because for all the undeniable horror “Alterity” is also strangely appealing, even groovy and catchy at times. Therefore, I can’t decide whether it is more insane or brilliant and I changed my mind several times.

When I mentioned thrash in the opening paragraph I meant thrash as opposed to grindcore, death and black metal extremity in such a way that when it comes it is only in a sense of brief but much welcome, relief, just enough for you to breathe normally so that resumed torture is more painful. I’m talking particularly about "Othering" which might as well be the most unsettling, horrifying thing to have ever enter my ears (and therefore brilliant), where the only fitting lyrics could be about someone being slowly eaten alive one centimeter at a time by some amalgamate of Lovecraftian Cthulhu, Alien and Predator with Yattering’s teeth, strangely with a distinctive thrash melody and catchiness to it, always backgrounded by unforgiving massive riffing madness, which temporarily gives the right of way but read to restrike again without warning. “Othering” is instantly recognizable and memorable upon the very first listen, because it is like a baseball bat to the head after the seemingly brutal enough predecessors, yet that track is a good representative of what is going on "Alterity": pure, unadulterated yet masochistic suffering served the unsuspecting listener, with a brief, elusive grants of reprieve.

Brief moments of thrash are not the only opportunity for the listener to free emotions other than hatred and fury. “Lineage and Dependence” breaks into some strangely catchy and even danceable groove recalling Polish Yattering while “Salience” and “Black Triptych” show a slower, more melodic side of the band, though not at all without blending it with the same hellish insanity. Emperor, Morbid Angel, Gorguts, Behemoth and Ulcerate all laugh at you because by the time you recognize them they switch places. All seven tracks are infused with strange, evil whisperings, sounds of torture and turning tribes of unknown constructs that briefly break apart both bones and the tracks without and within, while vocals of untold layering and pitch chase unforgivable torrents of devastating insane fury, guitar solos from the abyss, everything barely controlled but controlled and suddenly all is gone with a snap giving an impression as if you just woke up from a bad dream.You think you’re ready to hit play again? No, you’re not ready.

“Alterity” is not for the faint of heart and ought to come with a sticker "Abandon All Hope Who Enter Here", to reference Dante’s Inferno in The Divine Comedy. This is bleak, pitch dark, apocalyptic and schizophrenic music. You know how they say metal is devil’s music? Well, this probably is, meaning, literal devils recorded it. Violent repeat criminals should be executed with it.