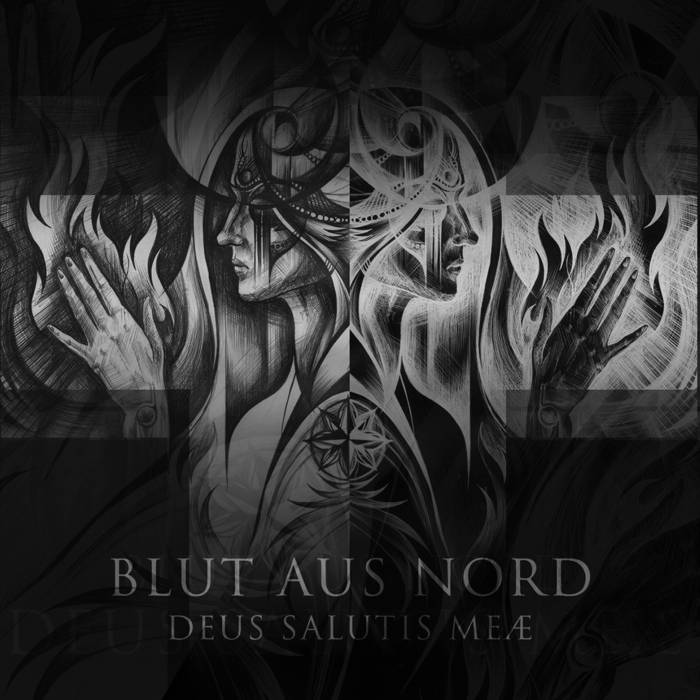 Blut Aus Nord are a french band formed in 1994. The discography is impressive and combines different styles that range from Black Metal, a bit DM as well here and there, to more experimental Industrial / Dark Wave and Avant-garde.

In 2014 the band released one of their best Black Metal albums. A beautiful harmonic and pretty well executed Black Metal masterpiece Memoria Vetusta III: Saturnian Poetry. That album made it to pretty much every Best BM albums of the year I saw that time. Now they come with something different—the music moves to the other spectre. From harmony to dissonance.

Dissonance is meant to awaken some emotion in the listener and if you like perfect musical harmony it’s probably you won’t stand it. The fact is that it is meant to feel weird. You either love it or hate it. I do feel dissonance is comfortable and enjoy the weird feeling of listening to it. It is pretty dark, sinister and eerie, but I think is completely relaxing. It’s therapeutic. Once you have embraced dissonance then you are left to enjoy how it was composed and how the musical layers play unfolds. To me Deus Salutatis Meæ is at the pinnacle of the dissonant craft.

I guess some bad reviews probably have been made by those who can’t stand dissonance and are being completely unfair. The fact is dissonant doesn’t by any means mean that is not perfectly well arranged. It takes a completely new set of mind to understand that there is a kind of "harmony" anyway.

This album is awesome in many ways, first the vocals are pretty experimental and just excellent in each of their variations. This album counts with Taysiah, who was also the session vocalist in "The Work Which Transforms God." The vocals are being used as an instrument at times, they add a lot to the atmosphere.The range is pretty varied from distorted Black Metal, to madly goatish (that recalls to me Sadistik Exekution) and cleans Norwegian folk style (early Ancient). I really enjoy the most madly diabolical vocals, as it feels as if you are briefly submerged into some sort of infernal vortex, and there can be plenty of them to be found here.

The thing with this album is that it is not plain and simple. It is filled with details, so you are just dragged in and have to listen to it a lot to figure out the whole. The more you listen the more it grows into you! I really love the Industrial / Dark-wavish tinge to it. It has the slower tempo, almost sensual style that is akin to Triunity. The deep DM bass sound and the guitars that carry the dissonance further are pretty much trance inducing and addictive. The song structures tend to build upon Mort. It is one hell of an album and I’m really glad BAN changes styles and challenges itself.

The instrumental songs are written in Greek on Bandcamp, but now the names are readable in printed letters on Spotify. It has something to do with Greek orthodox mysticism. I like Dark Fantasy and mysticism from the Middle Ages is a great source of it. I have read mystical visions that can be easily made to Cannibal Corpse songs, pretty gory, diabolical and generally bizarre and fucked up.

Anyways the mysticism BAN is mentioning here has to do with other spiritual matters that require a course on Philosophy/Theology to understand. At first with the title it kinda seems this is other band that may have jumped into the Batushka wagon taking stuff straight from the source without turning it upside down. As in Latin the title "Deus Salutatis Meæ" translates "God my Salvation." But then you are met with the first song Demiurge and it points to a creator, who can be either good or evil. Some compare it to Satan, some say it is against Satan. I would say the Satan concept has been totally abused and it is tiresome. There is no consensus about this matter of course. As a result there are a thousand long essays out there about who is the Demiurge and whether he is evil or good and you need to have the basic philosophical concepts in place to understand it. I think the cover artwork may point to this dichotomy and it is pretty interesting.

The lyrical theme is further pinned down by another instrumental song called Gnosis. Gnosis has become a Black Metal thing and can be found here and there at times under several guises. Anyone interested in philosophical matters about the nature of good and evil can research further as it is a BM motif. So whatever it is, is at the fringes or perhaps beyond good and evil.

Everyone should listen to it and if you are not into dissonance then give it a couple of tries until you get used to. You may find a new musical experience worth having.