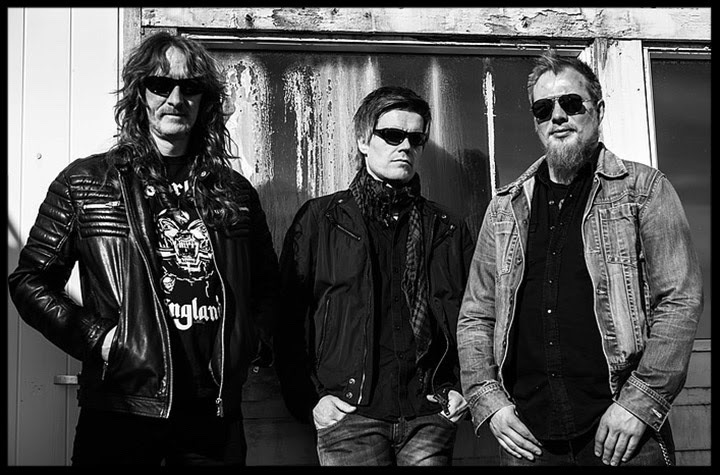 Alyssa Drone will be out 20th of October through Rob Mules Records. It will be released on double vinyl, CD and on all digital outlets. Alyssa Drone was recorded at Lydproduksjon (Tromso/Norway) 1th of May 2016, and 15th – 18th of June this year. The album consists of 10 tracks telling the story of the steampunk/pirat queen, Alyssa Drone. Two bonus tracks are included.

"Classic heavy rock, strong songwriting and solid played." (5/6 Scream Magazine from 2016)
"If you prefer good old classic hard rock, all albums by  Ohmwork should be in your record collection." (5/6 Scream Magazine from 2015)
"Here you’ve got the proof that Ohmwork is the best power trio from the northern parts of Norway, and if you only plan to check out one band this year it should be Ohmwork." (5/6 The Wilhelmsens)
"Big things are expected of these lads." (Classic Rock Society)
"Nitrogen is burned up faster than the engines can fill as they fly across everything from Iron Maiden, Sabbath to Slayer back and forth." (9/10 Metalliville)
"The kind of tightness that only three-pieces seem able to muster; the instruments practically breathing together." (Powerplay)