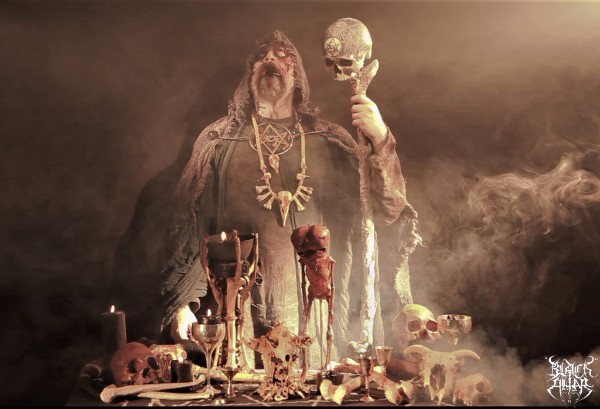 Black Altar has made a videoclip for the "Tophet" song from the forthcoming split with Beastcraft which will be released for XXI Anniversary of Black Altar.The scenes for the video were filmed in England, Sweden, Norway, Poland and USA.

Some special guests took part in the recording of Black Altar’s “Tophet” song: James Stewart from Vader, V. Priest from Acherontas, Acerbus from Ondskapt, Soroth Northgrove from Beastcraft and Nihil from Furia.

It will be issued 30.11 by Odium Records as a 8 panels digipack cd with 16 pages booklet, gatefold black 180g LP and limited to 50 copies wooden box with cd, red vinyl, 2 t-shirts, patch, pin, posters and loads of rarities concerning Black.

Black Altar, existing since 1996, is one of the best and most promising Black Metal bands from the East/Middle Europe. The band resides permanently in Poland. The group which is lead since its beginning by Shadow, earned admiration and respect practically in every country where the metal scene is vivid. Black Altar exists currently as an exclusive solo studio project, to which Shadow invites session musicians. After first-rate reviews on debut album called "Black Altar" recorded in 2004, the time for a long awaited second issue has come. The album entitled ‘Death Fanaticism’ only confirms high standards of the band.