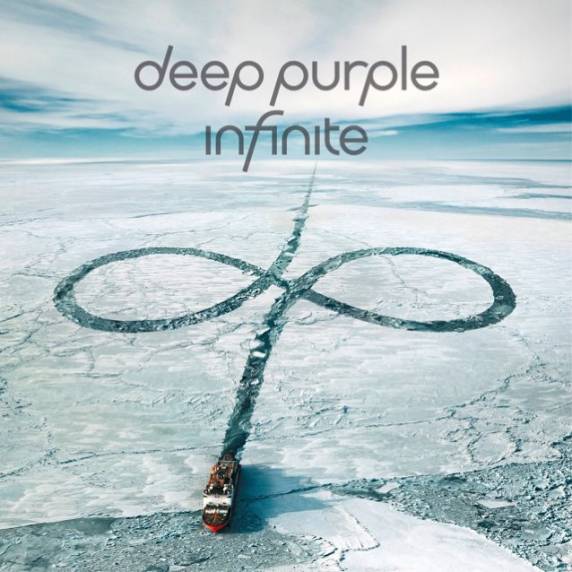 I must admit that I was extremely excited about this brand new full-length assault by the seemingly indestructible Deep Purple. As much as I like the two preceding albums, "Rapture of the Deep" and "Now What?!", they lacked that sense of danger and excitement that the Deep Purple of old were notorious and loved for. I am happy to report that somehow (and by some miracle) Ian Paice, Roger Glover, Ian Gillan, Don Airey, and Steve Morse have conjured up something that is not only captivating and highly enjoyable to lose oneself in again and again, but also wonderfully timeless.

The opening track, "Time for Bedlam", is probably one of the strongest and most compelling Purple tunes to have graced my ears for a long fucking time! Actually, that word "compelling" comes up again and again whenever I listen to "Infinite". Why? Well, for one thing, songs such as the melancholic "All I’ve Got Is You", the epic "Birds of Prey", the moody "The Surprising", and the aforementioned "Time for Bedlam" are all emotionally compelling and flawlessly executed. At the other end of the spectrum you have songs such as the entertaining "Hip Boots" and "One Night in Vegas" that are slightly more straightforward and direct, songs with a lot of drive and energy to them. From hard-edged riffs to funky passages and further on to strangely mellow sections, everything that I was hoping for is to be found on this album. The more experimental and unique tracks of the album, namely "Get Me Outta Here" and "The Surprising", are great tunes and well-worth immersing oneself in. I especially dig the latter and keep returning to that one over and over.

In the overall perspective, there is a lot of variation and diversity to be found on "Infinite" and yet all the tracks bear the hallmarks of what we have come to associate with Deep Purple. On top of that, the organic and lively vibe of this 10-track gem is admirable. I suspect producer Bob Ezrin had something to do with that, so hats off to him for bringing out the best in Purple. The band as a whole sounds sharp this time around. Steve Morse truly shines on this record. The riffs, leads, and licks are all extremely tasteful and wicked throughout. Don Airey is an unsung hero and I am not merely referring to the man’s huge and impressive discography, but what he contributes to and pulls off on "Infinite" is mind-blowing at times. Glover and Paice are the perfect rhythm section while Gillan is full of power and passion. Some of his spoken-word passages give me goosebumps. Just check out "Time for Bedlam" and "On Top of the World" and you will see what I mean. Do you feel that? That is Ian Gillan for you.

Who would have thought that the legendary Deep Purple would release such a stellar and riveting album nearly fifty years into their career? This is progressive hard rock at its finest! Having said that, I want you to keep in mind that "Infinite" is not some nostalgic or sentimental trip down memory lane. While it does look to the past in terms of how energetic and inspired it sounds, it also points to the future and is without doubt proof that the Purple machinery still has a lot of mileage left in it. "Infinite" is a testimony to perseverance, spirit, and great songwriting.