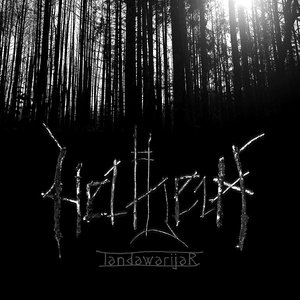 Can you imagine how happy I was when I heard that the legendary Helheim was to release a brand new musical onslaught consisting of seven sparkling and highly original tunes in January 2017? Well, you probably can’t, but who gives a shit? The only thing that matters is that Helheim is back and that we now have a compelling and fascinating album to immerse ourselves in. It feels like only yesterday that the previous album entitled "raunijaR" was released, and as some of you might recall, I was utterly blown away by that one. Now, where exactly do we stand on "landawarijaR"? I will tell you. Just like its predecessor, "landawarijaR" is a stroke of musical genius, but while I found "raunijaR" to be more hard-hitting, aggressive, and bombastic in some respects, the new output is without a doubt the most dynamic and varied Helheim album to date. There is so much light and shade to these compositions and arrangements that it borders on the surreal. Also, the progressive elements have never been as pronounced as they are now. The way the songs intensify and progress within and without is mindblowing. There are so many mellow and moody parts that give me the chills, but the way in which everything flows from and between those calm parts and their counterparts, i.e. crushingly majestic outbursts, is a thing of beauty. Listen closely to "Synir af heidindomr" and pay attention to the melodies and how they are woven together only to form a much larger whole. Things like that leave me speechless. The album as a whole sounds a little more sprawling and edgy than pretty much every other release by the band. Like I said, the progressive elements are well and truly emphasized this time around and there are countless clever shifts and changes within each song that will baffle and astonish you, but you will inevitably learn to love them wholeheartedly. Not an ounce of "landawarijaR" is superfluous, Nothing is predictable here. I also cherish the organic and slightly raw sound that the band went for as it suits the song material perfectly.

The entity that is Helheim possesses this unique and indefinable essence of evocative and atmospheric Norse music that is totally different to anything else out there. We are talking about purveyors of the viking metal genre here, folks, but note that when I use the term "viking metal" in relation to Helheim, I am not referring to some lame-ass parody like so many other so-called pagan metal acts out there are. Helheim is the real deal, which is why I cannot help having these insane expectations whenever they release an album, yet they have never failed or disappointed me. To me, that is something special and precious. As with Taake, Helheim keeps getting better the older these guys get, which is somewhat ironic given that it tends to be the other way around with most bands. Do I think that "landawarijaR" is better than "raunijaR"? No, I do not. However, it offers something else, something that is just as wonderful and special. Actually, one could argue that the two albums complement each other perfectly in the sense that the same themes and motifs course through the veins of both, yet they do not sound identical.

Back in October last year we witnessed Helheim perform "Baklengs mot intet" at Kvarteret in Bergen, which was obviously an amazing thing to experience, but what I want to get at is that it sounded superb in a live setting. Many of the new compositions are practically begging to be played live in that they are so varied and challenging. There are so many nuances, layers, and subtle detals present in "Ymr", "Rista blodørn", "Enda-dagr", the title track, and so on that I am left with no option but to stop talking and simply ask you to devote each brain cell of yours (regardless of how tiny it may be) to "landawarijaR". This is one hell of a ride that you do not want to miss out on. An early contender to one of the best year’s albums? You bet!