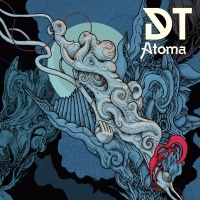 I will not hide the fact that I am a Dark Tranquillity fanboy and have been one since 1998. Despite of that I try to be as objective concerning DT’s music as I can. Consequently, I think the band was beginning to sound a little safe and predictable with "Fiction" and especially "We Are The Void". Some say that the two and "Character" were essentially the same album recorded thrice. What many people don’t realize is that "Character", "Fiction" and "We Are The Void" are meant to sound similar because they are a three part concept. This is proven with subsequent "Construct", a totally fresh and unusually sounding record, one that saw them dial down a lot of aggression and also some of the catchiness along with it. Indeed, while "Construct" is a great album, it is better applied as a whole not in individual tracks. The catchy and memorable tracks are few, mainly "The Science of Noise", "Uniformity" and the fantastic "What Only You Know". Something was missing and I hoped they would address that on the follow up. Boy did they ever.

The short story is that "Atoma" is the best DT album since "Character" although it has the most in common with "Haven" and "Damage Done", which happens to be my favorite DT era. Somehow, though freshly bereft of one of the founders, DT reached inside and extracted the essence of what Dark Tranquillity is all about. What’s remarkable and has not been the case probably since "Haven" is that not only does "Atoma" has nothing even approaching filler or a weaker song, rather every song is fine tuned down to the finest detail. Every song has at a minimum 2 great catchy melodies and several sport multiple melodies, with ebbs, flows, bridges as well as a serious progressive edge, again, last time found on "Haven". Since critics compared "Construct" to "Projector" it makes sense to compare "Atoma" to "Haven". I, for one, could not be happier with that as "Haven" is one of my all time favorite albums. I would say that the band has taken the melodicism and catchiness of that album, the verses and flow of "Damage Done", the aggression of "Character" and the complexity of keyboard fills of "We Are The Void" and married it to that incredible climate and atmosphere of "Construct".

"Construct" had a very awkward beginning with "For Broken Words", but "Encircled" is a perfect opener in the same way "The Final Resistance" opened "Damage Done", and subsequent title track is a natural follow up. I like the flow of this album, songs seemingly born from the ends of their predecessors. "Forward Momentum" is an unusual track built apparently on one catchy In Flamesian riff but upon close introspection very complex and overflowing with various melodic aspects. "Faithless by Default" reminiscent of "Damage Done" for catchiness and "Neutrality" that recalls "The Mind’s I" for the aggression, arrangement and multiple melodies showcase that DT lost none of their spark while comfortable scanning their history for inspiration without plagiarizing themselves. After half of the album I already feel like this is the best thing since "Character" and there are still 6 more songs to go.

And we begin again with the single/video "Pitiless" that hearkens back to "Character"/"Fiction" and ushers in the romantic "Our Proof of Life", addictive chorus, incredible almost virtuosic melody of the chorus, fantastic bridge and break in the middle, a soaring finale to say nothing of the haunting lyrics, all of which hearkens back to "Haven" in the way that the song builds up, rises and falls, always catchy, always engaging, for my favorite song on the album. This is why I love this band so much. Or how about "When the World Screams" with "Character-istic" monumental melody and epic arrangements. It’s remarkable that whereas "We Are The Void" packed a number of very similar tracks, "Atoma" prides itself on variety, even offering a kind of "Iridium"/"None Becoming" slow mooder with monumental epic chorus on "Merciless Fate" where halfway we get to admire how great and comfortable of a vocalist Michael Stanne has become using both his growls, which sound like Dragon Smaug from "Hobbit" (and you can just the same distinguish every word), as well as his cleans, but gone is the awkwardness or predictability associated with his choice of which style should be applied. Instead they fulfill each other like two different instruments fitting just right when and where they need to. I can’t really say which side is better as they are as even as was the case with "Haven". Time and space will not allow me to mention more but I could easily write about every song on this CD, as, again, not one weak moment through all 12 tracks. Every time I listen to it I love it more.

"Atoma" is like Paradise Lost "Draconian Times" in that every song is like an essential petal of a flower that is the album. "Atoma" should be studied by beginning musicians for how to construct a complex melody, how to use pacing, mood change, how to get your instruments to work in cohesion yet independently, how to paint pictures with sounds in a way that the listener gets addicted to it and cannot shake it off. The digital copy furnished to me has additional 2 songs. They are in a style of Depeche Mode with no guitars and just clean vocals and even those are excellent especially "The Absolute". I will be buying this on November 4 without the slightest hesitation. Just about everything here is absolutely top notch down to the best production they have ever had so the score could only be reflecting perfection. It is poised to be featured in my top five favorite albums of 2016. Long live Dark Tranquillity!