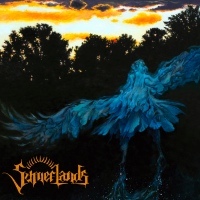 Sumerlands is an American doom/heavy metal band from Pennsylvania. They seem to be heavily influenced by Ozzy Osbourne, Judas Priest and Mercyful Fate, although my favorite on the album "Blind" is almost thrash Megadeth. Sumerlands has good songwriting skills and command of their instruments and tracks such as the opener "Seven Seals", catchy "Timelash" and "Lost My Mind" with the slowed down doomy ballad chorus, standout and engage the listener practically on first contact.

The entire album has 8 songs, out of which one is a decent ambient outro and no less than 3 are ho hum, that’s almost half of the 32 minute album of mediocre quality and I only judge it based on their own standards. Stick any of them next to "Blind" and you’ll wonder what the hell happened. I don’t understand the mediocrity of a few quick, chorus-devoid tracks that bring nothing to the table, just a standard heavy metal that does nothing to differentiate these guys from contemporaries, or even Ozzy Osbourne. I know metal sometimes should not be chorus driven but a classic heavy metal song without a chorus, in a genre that already is pretty simple, can sound painfully boring.

Here’s to hope Sumerlands will have a more consistent approach throughout on a follow-up because the good songs on this debut are very promising.

MESHUGGAH – The Violent Sleep of Reason