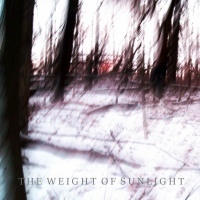 MARSH DWELLER – The Weight of Sunlight

Marsh Dweller is a one man melodic black metal project of one  John (that is all you can get from the internet). The album sounds like very early Opeth in terms of structure as well as Dimmu Borgir but for the most part the material holds its own. It is catchy, melodic, artistic and well executed, though it could use better production for my taste as the guitars could use more bite and are too high in the mix. To put it bluntly, "The Weight of Sunlight" sounds like a demo and not for the lack of ability or opportunity as this is not a self-release. John’s vocals could use more variety but I have a feeling he treats his voice like an additional instrument rather than actual vocals. Songs such as "Where the Sky Ends" are plenty brutal (despite what I said about the mix) never losing that melodic flavor. These aren’t particularly difficult songs to play and they rely on rather simple structures but are enjoyable.

Structurally, John is going for some variety within rather than without but he does not seem to be consistent at it. To my hearing, the songs need more ebbs and flows which he can certainly deliver, obviously a talented and skilled artist that he is. Unfortunately, but for the few tracks such as "Monumental Collapse" (which has a melodeath flavor to it), the lack of variety without can create a feeling as though the listener is attending to one song in 8 movements or 7 different versions of one song. Even the said "Monumental" tends to drift toward the same vibe heard on "The Dull Earth" for example. "Forks of the River" is pretty much "The Dull Earth Pt. II" in that regard. The use of drony "Heaven’s Empty Light" is questionable as it does not seem to serve any purpose but to increase the playing time of the record. Then again, I simply don’t get the fascination with drones (both music and military) so that could play a part in my judgment. "Feathers On the Breath of God", album’s probably best track, speeds up a bit and has a lively in your face beat plus excellent guitarwork but on closer introspection is more of the same and the same can be said of the title track. Variety is the spice of life, John.