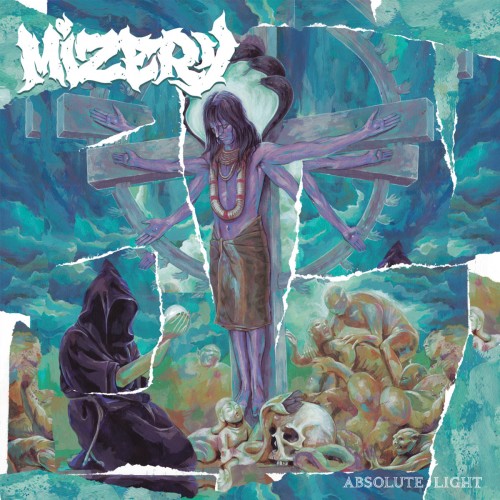 A great thrashcore in the vein of "Beg To Differ" and "Prove You Wrong" Prong with a touch of early Biohazard complete with the gang backing vocals. Plenty of hooks and razor sharp guitars (think shark’s teeth) wrapped in thought provoking socio-political commentary, sometimes straight-up hardcore with Anthrax attitude (the title cut). But Mizery is far from one trick pony if brief short instrumental "The Bvtcher" is any indication. "Execution Style" will have you clean shaven with those guitars while the burst solos will have you rust in peace with vulgar display of power Terry Date wishes he could master. The songs are still plenty original catchy and just plain fun as hell to listen to with that late 80s/early 90s sheen that does and does not sound retro at the same time, for that perfect balance of aggression and rawness that’s missing from so much thrash and hardcore records of today (I dare you to defy "Injustice For All" around 1:37 mark). And the simple but earwormy little melodies these guys can come up with and shower the songs with makes me think again early Prong for the mastery. Mizery ends on a melancholic-turned slow burning note on the apptly named final cut "The Hard Goodbye" that recalls Suicidal Tendencies and, again, Biohazard.

These guys made me realize how much we need records reminiscent of the recklessly controlled ATTITUDE present in the late 80s/90s where metal didn’t care who threatened to replace it but simply thrived unrestrained by trends and fashion statements that overwhelmed it merely a decade later.