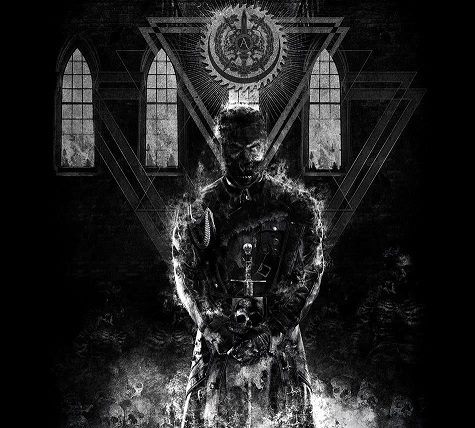 AUTOKRATOR – The Obedience to Authority

«The Obedience to Authority» is my first encounter with the sickening and vile French band named Autokrator, and I must say this 8-track effort of theirs is pleasantly intense, morbid, and dark to listen to. While the music is raging and aggressive most of the time, quite a few atmospheric passages and ambient-like elements have crept into the mix, which adds variety to the songs themselves. For instance, "Chapter III" is a droning and oppressive ambient piece entirely and contains no guitars or anything of that sort, and the same goes for "Chapter VI". The riffs and melodies are often dissonant and sinister-sounding while the deep and murky vocals are downright unpleasant to listen to. In many ways, Autokrator brings to mind bands such as Temple of Baal, Portal, Antaeus, Marduk, Anaal Nathrakh, and yet they do not sound like any of them either. I guess it has to do with the atmosphere, because Autokrator is more akin to death-, doom- and industrial metal as opposed to black metal, although the genres do overlap here. Fuck the genre definitions anyway as they are useless with respect to this band! I especially like the cold and militaristic feel that some of the tunes, namely "Chapter IV" and "Chapter V", possess, and the album as a whole has a cynical and sadistic vibe to it that is awfully appealing.

«The Obedience to Authority» is punishing and relentless as well as barbaric and vicious, but not without merit. I suggest you listen to this the next time you are in a foul mood, but note that it will only grind you further down, which is part of its charm, I reckon. A crushingly sonic and destructive assault on the senses in every sense of the words.