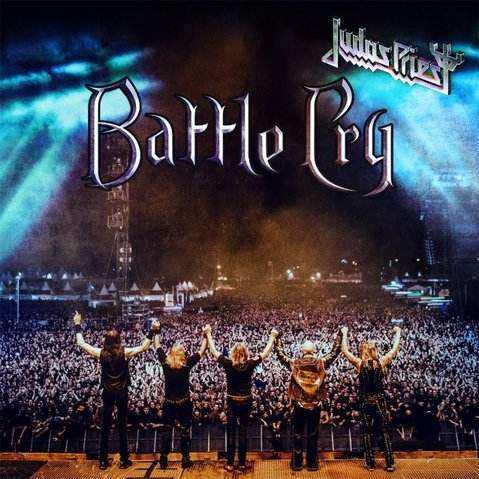 The mighty Judas Priest are legends and truly one of the greatest bands to ever grace the face of the earth. The band’s oustanding back catalogue speaks for itself, and there is a reason why these guys are still going strong; they still possess the fire, the energy, and the talent to deliver kick-ass heavy metal of the highest order, be it on stage or when recording an album. «Battle Cry» is a live CD/DVD recorded back in August 2015 at Wacken Open Air in Germany, and I might as well tell you right here and now that this release rules. We caught the band in Oslo a mere two months before «Battle Cry» was taped and recorded, and the band as a whole was in excellent shape. As much as I respect K.K., I personally think that Richie Faulkner has helped revitalize and re-energize the band somewhat. Not only is he very charismatic on stage, but the stuff that he is pulling off on the «Redeemer of Souls» album is mindblowing in places. Anyway, let us get back to «Battle Cry» and analyze that in more detail, shall we?

First of all, the musicianship is excellent, and the band is inhumanly tight all around. Rob Halford still rules beyond belief in my book, and you can clearly tell that he is totally into singing these tunes. Glenn Tipton and Richie Faulkner are a near-perfect match while Scott Travis and Ian Hill form an earth-shattering rhythm section. Why am I even telling you how great these musicians are? You already know that! The setlist is excellent in that it covers a lot of ground, not only in terms of the band’s discography and history, but also in terms of how diverse and atmospheric many of the songs are. The new songs off «Redeemer of Souls» such as «Halls of Valhalla», «Dragonaut», and the title track sound even better in a live setting, which is saying something. «Halls of Valhalla» may well be one of the very highlights of «Battle Cry» although brilliant compositions such as «Beyond the Realms of Death» and «Electric Eye» sound as vital and chilling as ever. «Jawbreaker» and the 11-minute rendition of «You’ve Got Another Thing Coming» also sound amazing. «Painkiller» sounds as heavy and insane as ever with Halford hitting all those crazy notes.

The sound and production of «Battle Cry» leaves very little to be desired as it is slightly rough around the edges and yet incredibly heavy and crushing. Nothing sounds touched up or ironed out, which is how I prefer my live albums to sound. Aggressive, intense, and raw. While the CD contains 15 songs, the DVD has 20 tracks on it.

If for some lame reason you are wondering whether or not Judas Priest still reigns supreme, look no further than «Battle Cry» as it will crush your puny bones into dust and leave you begging for more. A must-have for all of those who caught the band on tour in 2015…and every self-respecting fan of quality metal in general. The entity that is Judas Priest still towers above the rest!