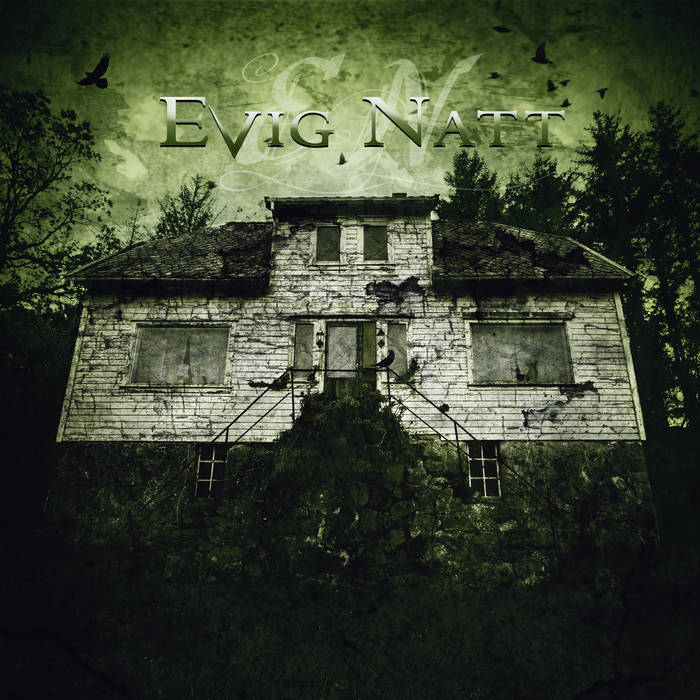 Evig Natt was one of the many norwegian bands who just recently performed at Blastfest in Bergen, and it was the last song of the night that really caught my attention, namly "How I bleed", the first track from their self-titled third album. The norwegians continues in the vein of the first two albums, but third time out also showcases a band that has grown and become more confident in their own abilities and music. Evig Natt is not your every day female fronted gothic metal band, and has avoided stepping into the commercial and polished trap so many others fall into. This is dark and haunting metal, one moment its full blast attack and cellar deep growling, before the storm settles, and the female vocals offers relief and comfort. The change in tempo and vocals gives the album the necessary variation, and every song has its moments, there are no fillers here.
Two of the songs has lyrics in norwegian, and just a few seconds into "Stille Før Stormen" I find myself with goosebumps all over, just beautiful. Evig Natt seperates themselves from the pack, and delivers the best album of their career so far.

ANTHRAX – For All Kings