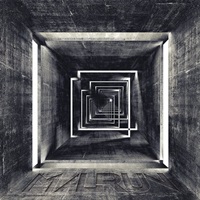 Together since 2005 and releasing three studio albums, Danish metal band Malrun issues a new 6 song mini-LP to tide the hordes over in anticipation of the next full-length. "Oblivion Awaits" straddles the lines of aggressive groove oriented metal with splashes of melodic elements especially in the guitar hook and vocal departments. Keeping the songs on a tight 4-5 minute scale, imagine the melding of Alter Bridge/ Shinedown with Avenged Sevenfold, Mercenary and semi-djent Periphery if taken in a more European sheen, and that’s what tracks like "The Wilderness of Pain" and "Black Rain" deliver.

Producer Jacob Hansen helps Malrun attain a sharp, in your face tone throughout – the quintet willingly offering dazzling, on point solo segments, occasional flashes of off-tempo rhythm as well as fierce choruses highs from vocalist Nicklas Sonne. "The Underworld" has probably the heaviest parts on a music and vocal front for the EP, the band employing occasional gruff screams as contrast to the clean, emotional delivery.

Not reinventing the wheel and merely content to spin in the right direction, "Oblivion Awaits" is a product that lends itself well to the band performing on a lot of diverse bills, tours, and festivals. Malrun has the requisite musicianship, skill set, and a cache of songs to really launch into bigger pastures worldwide. Probably more well-suited to those who love melodic power groove-metal with commercial leanings, one can sense a lot of twenty-somethings digging this.

GRAVE – Out of Respect for the Dead