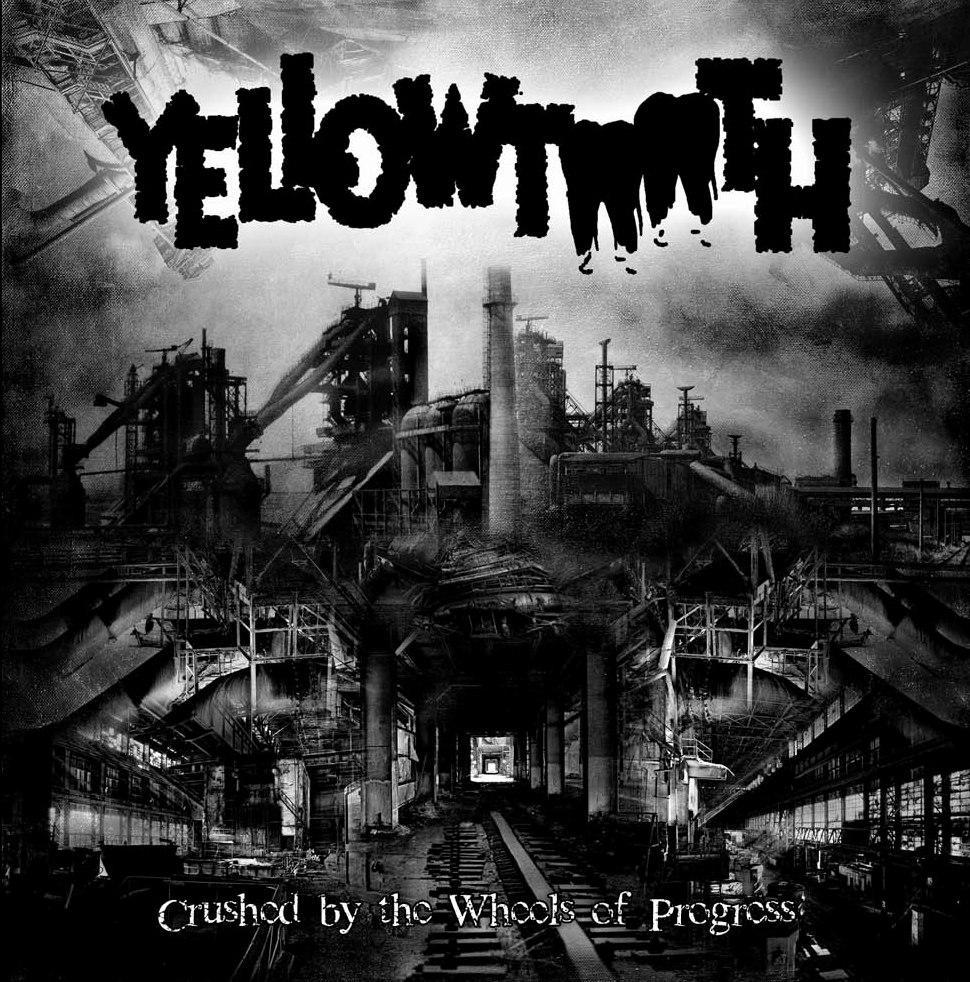 YELLOWTOOTH – Crushed by the Wheels of Progress

Yellowtooth hail from Michigan City, Indiana in the US. They feature a quite common line-up of a drummer, a bassist/vocalist and a guitarist/vocalist, and like many before them, they deliver a solid musical punch to the ear of anyone brave enough to listen to their newest album, Crushed by the Wheels of Progress.

The album features a total of eight songs, each drenched in a blend of fast paced riffs, growly vocals and tight drums. They combine to create a sound that is at once predictable, while at the same time filled with musical variation. The sound is familiar, baring some similarities to the likes of Weedeater, High on Fire and Kylesa, but it never sounds like the songs are a carbon copy of something that came before it. It has its own distinct sound, and that is something Yellowtooth deserve a lot of praise for. They have created a sound that places them firmly within pre-established territory, but rather than sounding like they are attempting to copy or mimic someone else’s sound, it comes off as something quite natural to their take on the genre. The songs have some variation as well, though at its core the album is fast paced stoner metal, and it never really attempts to be anything else.

The undeniable highlight of the album is Climbing the Mountain. It embodies the sound Yellowtooth have claimed as theirs, and has a distinct, almost timeless feel too it. The song balances the three musical elements of the band perfectly, and never feels overcrowded or too ambitious.  While the album for the most part is a quality rendering of the trio’s potential, there are some weaknesses in need of addressing. The main downside is the vocals, or rather the overexposure of the vocals. While most of the songs have a near perfect balance between amount and length of lyrics, some tracks have slightly longer lyrics in the same time span, and at the same musical pace. It makes it sound a bit rushed, and a tad unpolished.

Overall though, Crushed by the Wheels of Progress is a great album. It has some room for improvement in certain areas, and there are sections where the trio might try a bit too hard to push the boundaries of their own sound. However, these weaknesses are sporadic and are never prominent enough to detract from the overall experience of listening to this album. It is a quality effort, and it’ll be interesting to see what Yellowtooth’s next effort will bring.