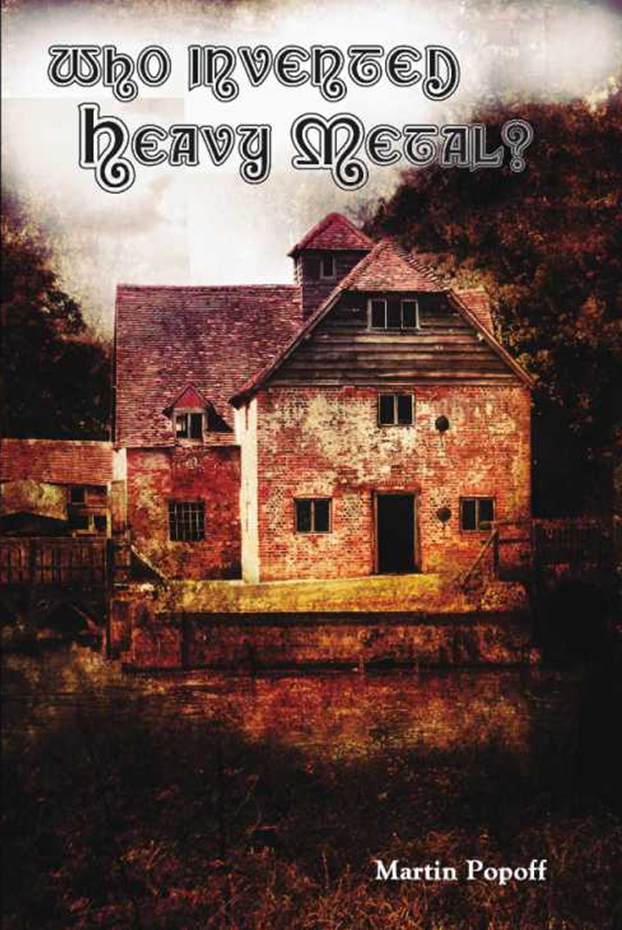 One of my favorite authors, namely Martin Popoff, has written yet another fascinating heavy metal-related book that I simply had to get my filthy paws on. While most other books by Popoff focus on specific bands, «Who Invented Heavy Metal?» is more of an academic exercise in that it traces and chronicles not only the development and evolution of heavy metal (and hard rock music for that matter), but also the very creation of it, which is to say its origin and how it came to be. In that sense, «Who Invented Heavy Metal?» is more akin to a historical study of heavy metal culture, but heavy metal culture in its infant stages and the bands and genres that came before that and basically paved the way for heavy metal, if that makes sense. War cries and haunting chants from Biblical and Roman times designed to instill fear in the enemy on the battlefield, medieval music, classical music, the evolution of jazz and blues on American and British soil, amplification and the invention of distortion, psychedelia, drugs, the rock ‘n’ roll explosion spearheaded by the likes of Elvis, Little Richard, and Jerry Lee Lewis, and the arrival of distorted hard rock music are all covered in detail by Popoff. And you know what? It is pretty damn captivating and thought-provoking stuff that fill the pages of this book. Popoff’s style of writing is lively while his way of presenting things is both serious and humorous.

While some of you may be put off by me using the word «academic» above, do not for one fucking second think that «Who Invented Heavy Metal?» is a boring or tedious read. The depth and research is breathtaking, but there is a lot of humor, sarcasm, and irony present as well. The lists and entries of bands and releases compiled by Popoff are mindblowing and the book is loaded with information, vintage press ads, quotes and interviews by musicians, excerpts from different articles, and so on and so forth. Everything is presented and listed chronologically, so we are dealing with a coherent piece of work here, ladies and gentlemen.

When you think about it, how many times have you not had a discussion or a semi-civilized argument with one or more of your friends as to who invented heavy metal and who can rightfully lay claim to being the originators of the genre? While some of you may point to Black Sabbath, Deep Purple, Uriah Heep, The Stooges, or MC5, others may point to Mountain, Jimi Hendrix, Blue Cheer, Led Zeppelin, Cream, or perhaps even Vanilla Fudge. Any serious and devoted fan of heavy metal and hard rock music has been there. I have certainly debated that question with friends and strangers on more than on occasion. I guarantee you that «Who Invented Heavy Metal?» will add even more fuel to the fire in relation to that discussion not to mention that it will change your perception of certain bands and have you look up hundreds of different and at times obscure releases on YouTube. One of the things that I love the most about this book is that it kind of forced me to check out all kinds of great and innovative bands from the 50s, 60s, and early 70s, many of whom are somewhat forgotten or overlooked today. In summing up, «Who Invented Heavy Metal?» is a well-written, interesting, detailed, and entertaining book on the very genre that we all love and praise. Check out the link below: